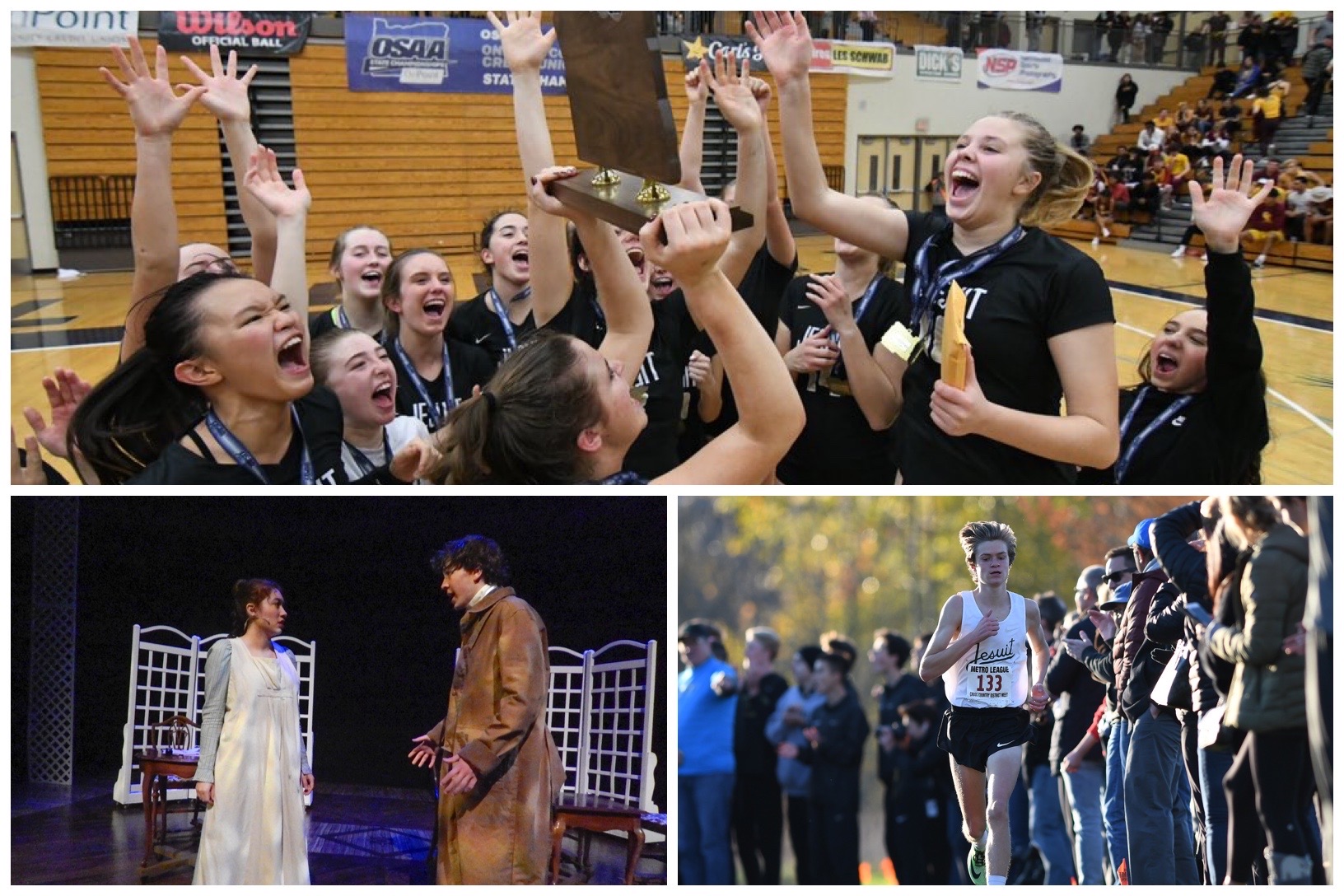 November 8-11 brought lightning-bursts of brilliance that came almost too fast to absorb. At the same time, we marked four decades of Encounters, which has transformed not only thousands of young lives, but our beloved school itself.

Last weekend, we witnessed hilarity (Pride and Prejudice!) and heroism (8 playoff matches in 36 hours!) in such rapid-fire succession that it was hard to keep track. And 45 young men at St. Benedict’s lodge tasted the eternal nature of God’s love, which they will remember forever.

Our volleyballers started the fireworks on Friday morning, with a quarterfinal victory over Summit, which would prove a worthy foe through the weekend. The volleyball team followed up Friday night with a semifinal drama in five acts vs. West Linn.

Our Volleyball team had not played a lot of five-set matches over the past couple of years. So it seemed a bit, um, dicey as our valiant set-and-spikers stared at an 11-3 deficit in the fifth and deciding game in Friday night’s semifinal match vs. West Linn.

But roaring back came our heroes, reeling off twelve straight points to wrest victory from the jaws of the Lions. Onlookers gaped in admiring disbelief, as Coach Zimm’s charges earned their unlikely way into Saturday night’s state final match.

Saturday turned into another epic five-setter, against archrival Central Catholic. The Liberty High Gym was rocking as stars like Emily Buchholz, Maddy Dowdall, Tess and Eva Masingale, and Maisey Alexander battled for every point—with each game decided by two points. This JHS team may not have had two co-Oregon players of the year (as last year’s did), but they did have guts and creativity and hustle and heart. Now they are two-time defending champs! 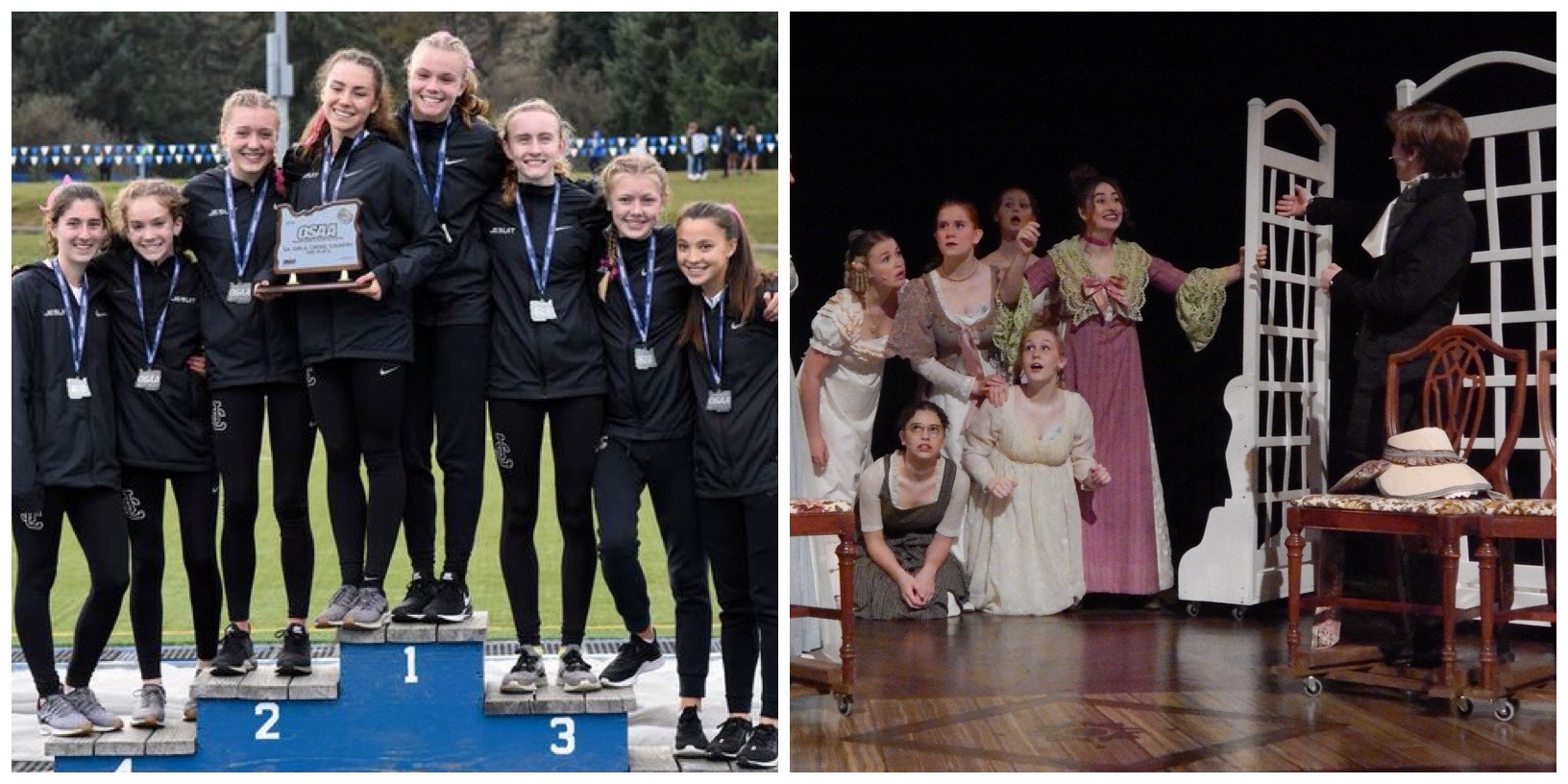 Back on campus, Mackenzie Jaimes, Eoin McDonagh, Catherine Myerson, Alannah Connolly, and the rest of the cast and crew turned Jane Austen’s classic Pride and Prejudice on its head with a farcical retelling of the Bennet sisters and their overbearing mom. The costumes, the sass, the sisters, Lizzy O’Mahony’s over-the-top Mrs, Bennet and the whole cast’s Beyoncé-inflected finale brought the audience to their feet. Bravo, indeed.

Saturday reminded us of the tenuous threads on which victory hangs—and how difficult it is for any team to win a state championship (which we sometimes forget in the surfeit of titles won by our teams). In Eugene, our Metro champion cross-country teams both took second in the state meet—the men to a Franklin squad with the top two runners in state, and the women to a formidable Summit squad. These harriers are heroic indeed, knowing, as they do, how much it is going to hurt as they push their bodies through the grueling pace of a state meet. 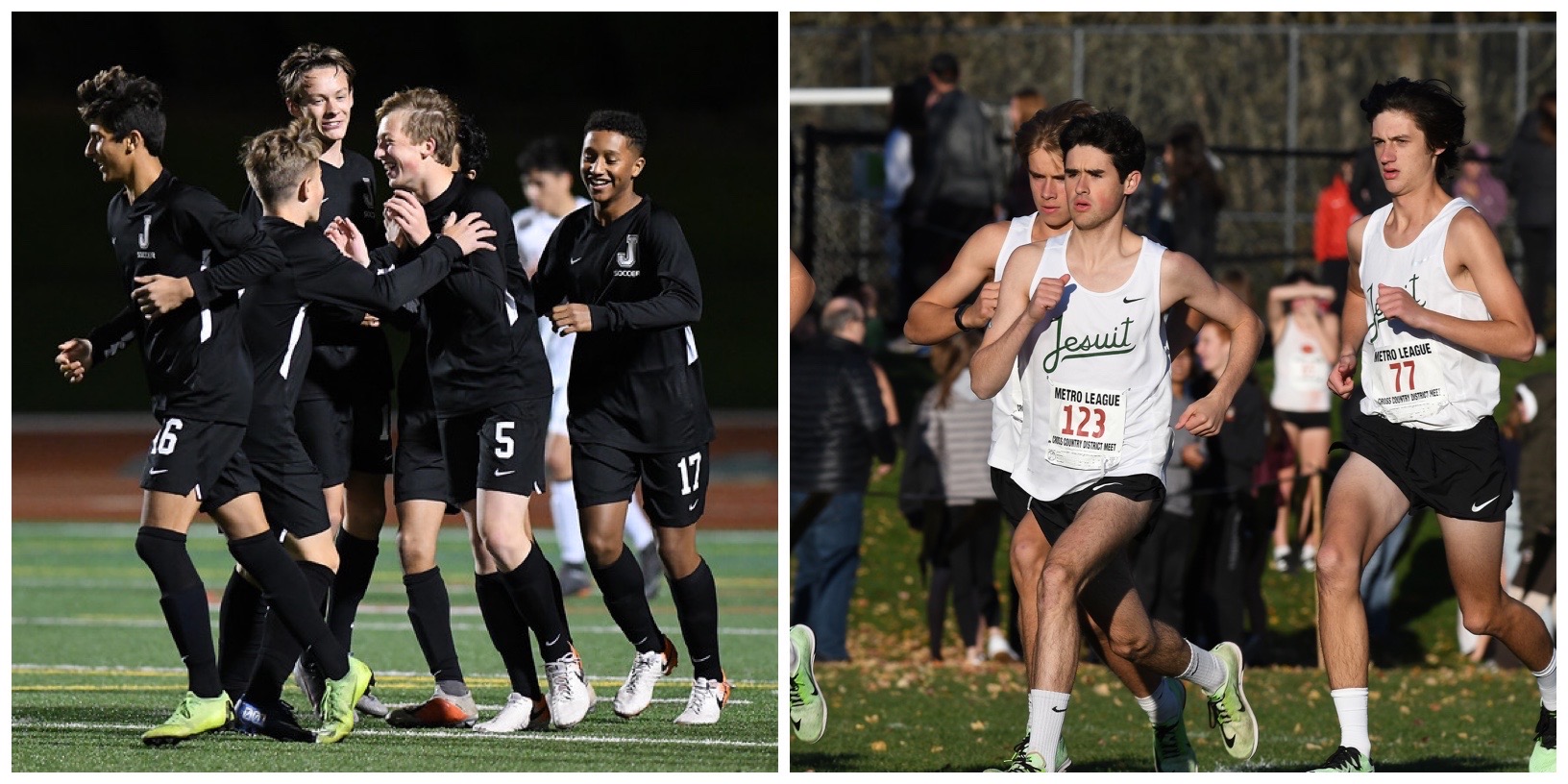 Back home, in the men’s Saturday soccer game (also vs. Summit), we were reminded that sometimes games can turn in less than a minute (that’s how long it took Summit to score its two goals at the end of the first half). Our men, also Metro League champs, had a season to be remembered, before falling 2-1 to the mighty Storm.

Meanwhile, our women’s soccer team continued its best-in-nation dominance. If you have not seen these ladies play, you have one more chance: This Saturday at 6 pm at Hillsboro Stadium in the state championship. Last year’s team finished #1 in the nation. This year’s squad, led by the All-Americans Callan Harrington, Jaiden McClellan and Mary Votava, is a joy to behold—and currently ranked #3 in the entire US.

Of course, all of the seniors on the court and the stage and the field would tell you that the most important event last weekend was the sacred journey to St. Benedict’s Lodge by the men of the November Encounter, who returned to school on Monday transformed in the knowledge that they are loved—by God, and so many of us. NME marked the 40th anniversary of the Encounter at Jesuit High School. 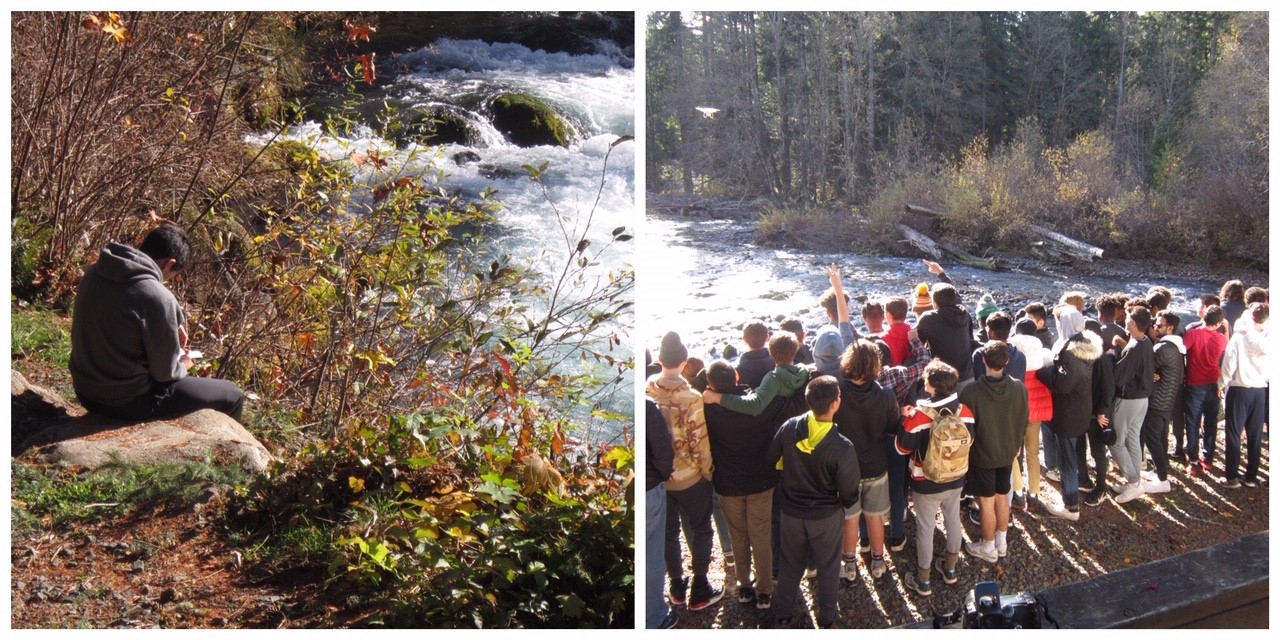 In November of 1979, a group of JHS students participated in a Marist HS Encounter and returned to assert that Jesuit High needed a retreat like this. 40 years later, we still go to St. Benedict Lodge along the McKenzie River. We are fortunate that for every one of those Encounters, the Holy Spirit shows up.

Approximately 10,000 Jesuit students have experienced the Encounter—and their lives and the world are better for it. Jesuit’s former Principal and President Dick Gedrose asserts, accurately, that the Encounter transformed Jesuit High School in a profound and positive way, as thousands of students have learned that they are loved. We are grateful that Dick and his team had the insight 40 years ago to say yes to the Spirit.

Wishing you Christ’s Peace, and rooting for all those scintillating Saders, I remain