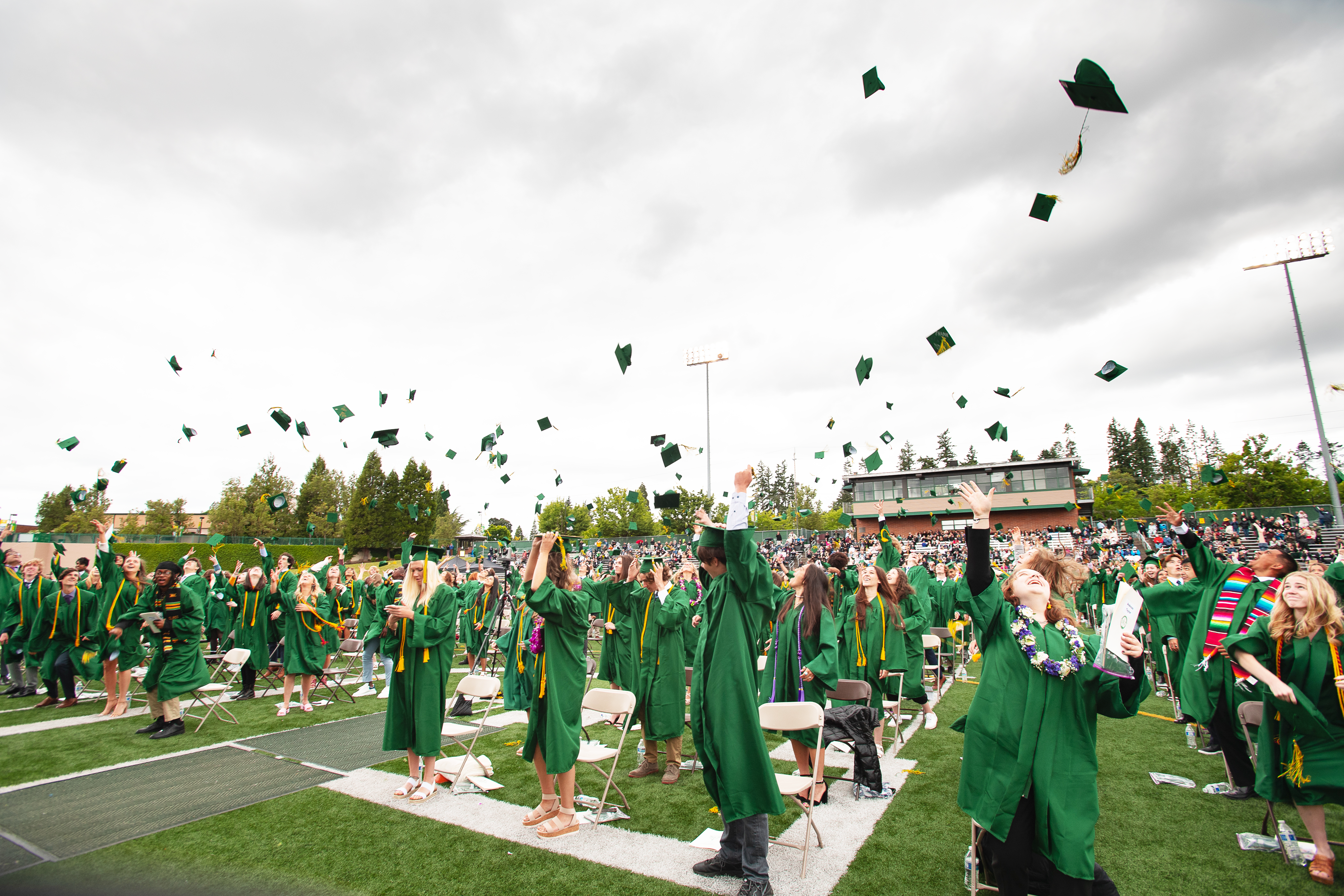 It is July, and I am finally processing the Year that Was.

We had the word “pandemic” in our Crisis Plan, but in my 24 years as an administrator at Jesuit, it never once entered my imagination that our entire society could be shut down, and with it our campus. Last summer was surreal, with a racial reckoning and nightly social justice protests downtown, while extremists twisted the narrative and smashed windows.

Our program directors in Campus Ministry, Christian Service, DEI, Athletics, Fine Arts, Admissions, and Activities worked miracles with the support of creative students eager for the fun that high school is supposed to bring. Despite the empty classrooms, we held workouts, mini-retreats, the Teach-in, a virtual Open House, a real Food Drive, Scavenger Hunts, JDOCA, Zoom Tuesdays, incandescent plays and soaring musical concerts conjured out of the ether. 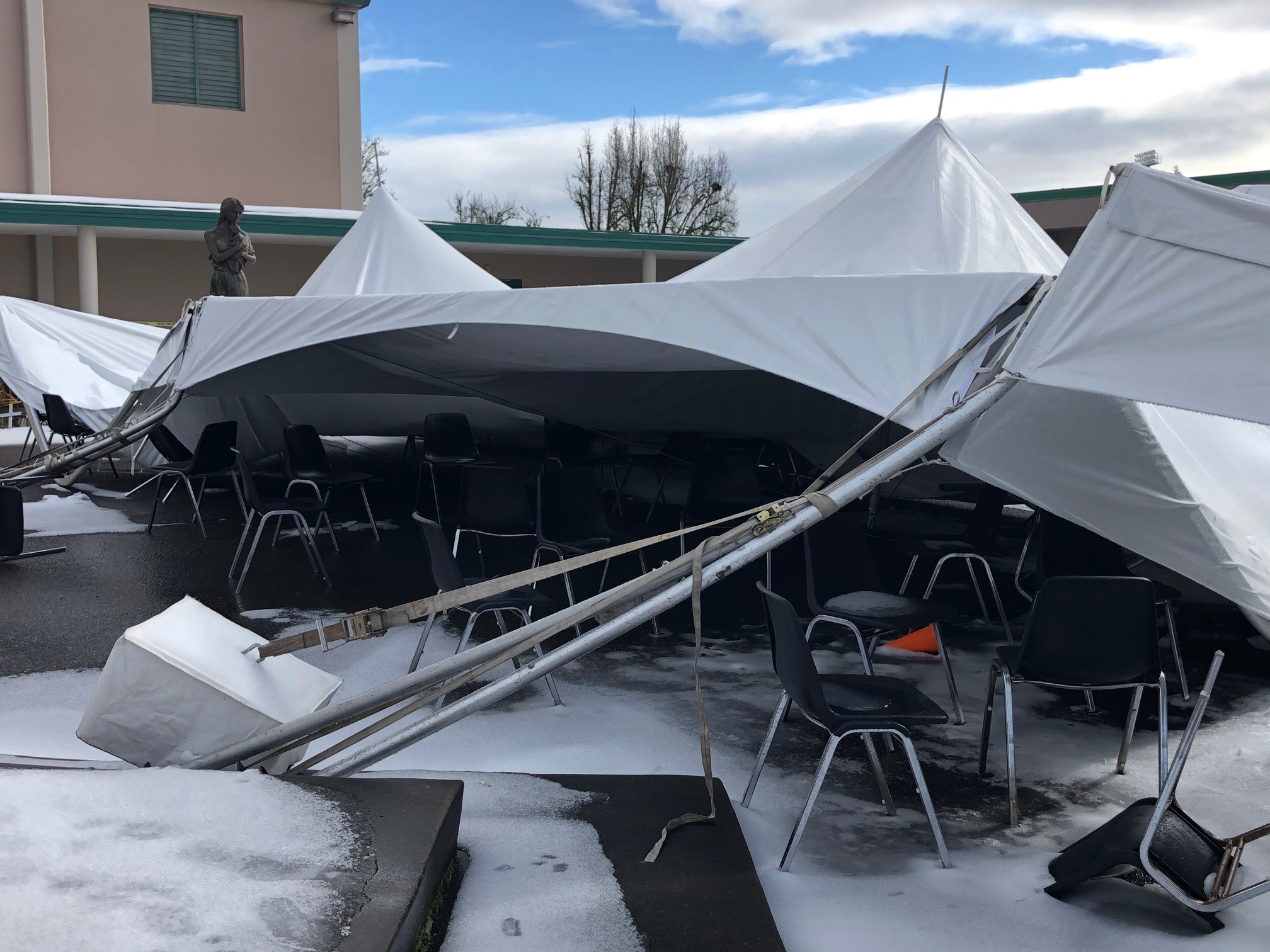 2021, we hoped, would bring the beginning of a return to “normal.” But when an insurrection rocked the US Capitol, followed by cataclysmic ice storms, the world was suffused again by foreboding. When all of our new tents collapsed, I asked myself if we would ever awake from this fever-dream. Would our beloved students, so desperate just to be together in classrooms and on stage and on the field, ever get to experience a Jesuit that resembled “normal”?

Finally, thanks to the brilliance of scientists and a rare convergence of government and industry, came the miracle vaccines, and hope broke on the horizon as we headed toward March. Teachers, having reinvented their craft, pivoted once again, to the exhausting, exhilarating world of “hybrid learning,” teaching both the kids in front of them and the kids at home - at the same time!

500 years ago, a cannonball shattered both legs of Ignatius of Loyola, a Basque soldier fighting a skirmish against the French. His world transformed and began to spin toward Jesus. If you don’t know the story of Ignatius’s convalescence and conversion, see here. Better yet, ask your Jesuit student. 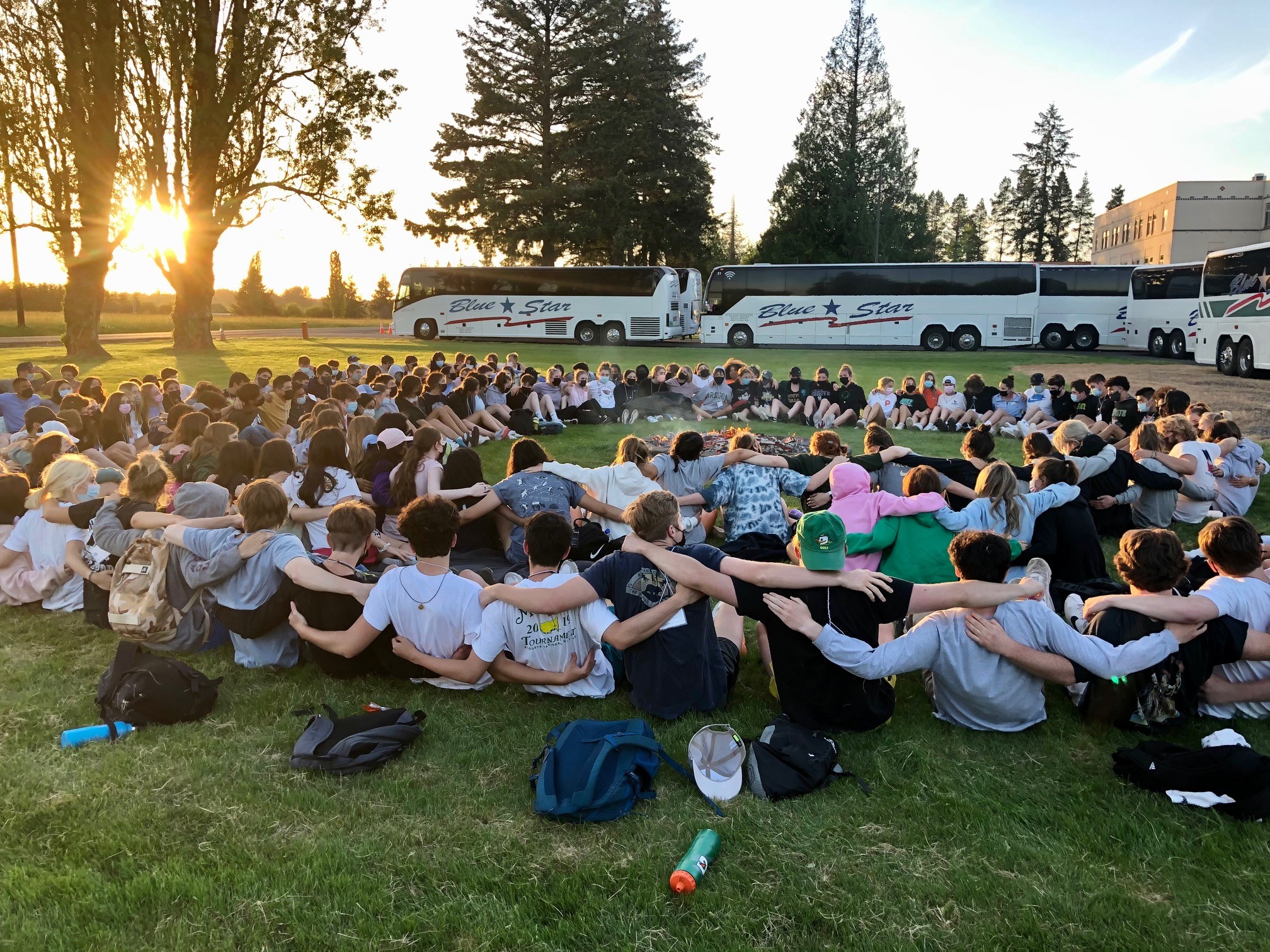 As JHS Admissions Director Erin DeKlotz put it in a lovely prayer that she penned for the opening of this Ignatian Year, “We would not be here if it were not for that cannonball.” Nor would 800 other Jesuit high schools, the Fe y Alegria network serving 1.5 million of God’s poor around the globe, nor the folks at Georgetown, Santa Clara, Gonzaga or all those Loyola Universities. When Ignatius dedicated himself and his “Least Society” to education and the pursuit of saving souls via service and solidarity with the poor, the arc of the universe bent toward social justice and toward God.

Over the past 14.5 months, our own cannonballs wounded us deeply. We lost family and faculty. We faced the stark truths of racism and climate change. And we were reminded in a profound way what JHS students and staff had taken for granted. As so many of our teachers have noted in their end-of-year reflections, there is no substitute for in-person learning, especially at Jesuit. We learned that while we are grateful for Zoom, we are sure ready to give it a rest. 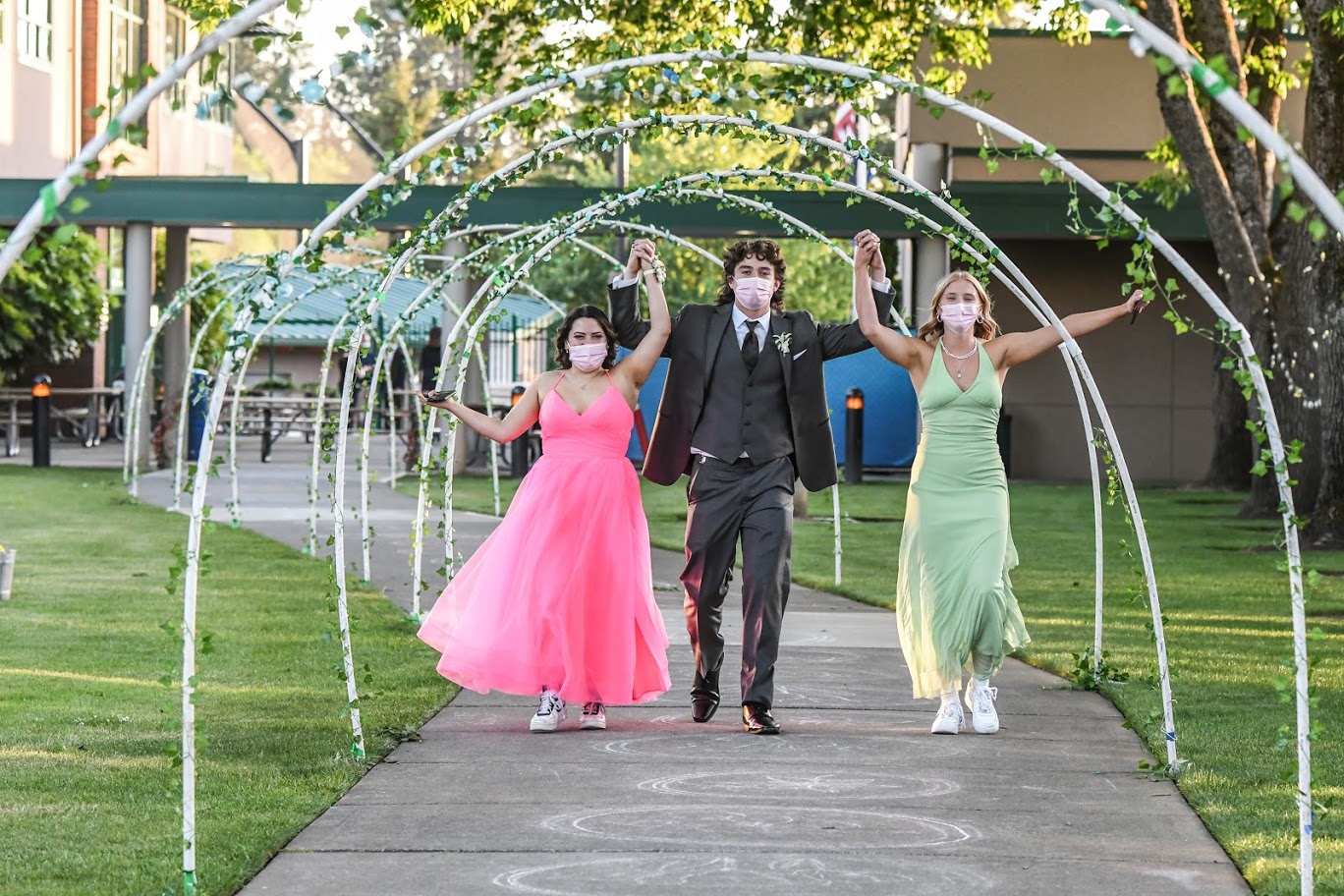 Mostly we learned that we are a resilient people—especially our students. When they were asked to sacrifice irreplaceable months of their high school career for the sake of the most vulnerable members of our society, they did it.

We knew Jesuit teachers were devoted to their students. But did we know they would spend entire weekends, month after month, recrafting lesson plans via tech tools like Canvas and Nearpod and Flipgrid and EdPuzzle, creating links and online quizzes and interactive lessons, to be ready on Monday mornings to deliver the engagement and academic excellence for which Jesuit is known?

Along the way, I hope our students now realize that they can face and transcend any adversity. They have learned to go deep into themselves, to keep learning and growing and exercising and connecting with friends, even when barriers are high and the way is all thistle and thorn.

Like Ignatius five centuries ago, we have all suffered trauma, had our legs swept out from under us. But we persevered, and ultimately, we made it. This spring, we held the Sophomore Overnight, six Encounters, truncated sports seasons, and a Senior Pilgrimage. Prom was a spectacular, glorious celebration.

On the last weekend of the year, we hosted a Baccalaureate Mass and Graduation that most in attendance agreed were the best they had ever witnessed. (See here for a heartwarming glimpse of our senior class at Baccalaureate, as they celebrate being together for the first time in over a year - be sure to watch through to the end!) 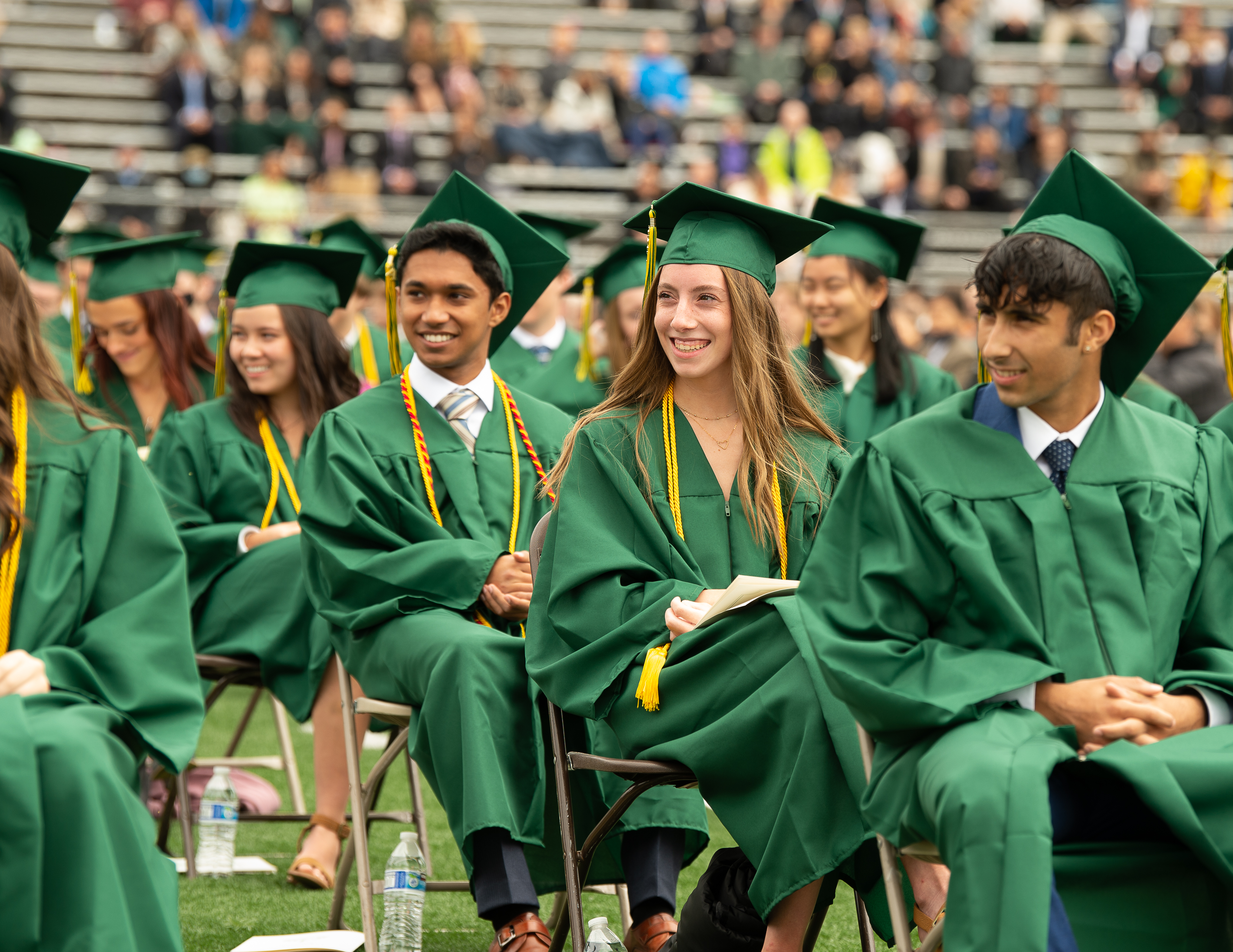 If you want a sense of the resilience of youth and the wisdom of Jesuit students, see the speeches of Krish Aditya, Jack Ensminger, Abigail Rawlinson, elected by their peers to speak at the Class of 2021’s Commencement.

So, after a year of pandemic and pain, ending finally in joy, let us take a moment to offer a fervent prayer of gratitude, and of supplication:

O Lord, hear our prayer: Thanks be to You for helping us not only survive but at times to thrive in the face of the greatest challenge of our collective lives.  And let us all say together, “Never Again!”