Women's Golf are Three-Peat State Champions
May 18 2022 2:02 PM
Share to FacebookShare to TwitterShare to LinkedInShare to PinterestShare to EmailPrint this page 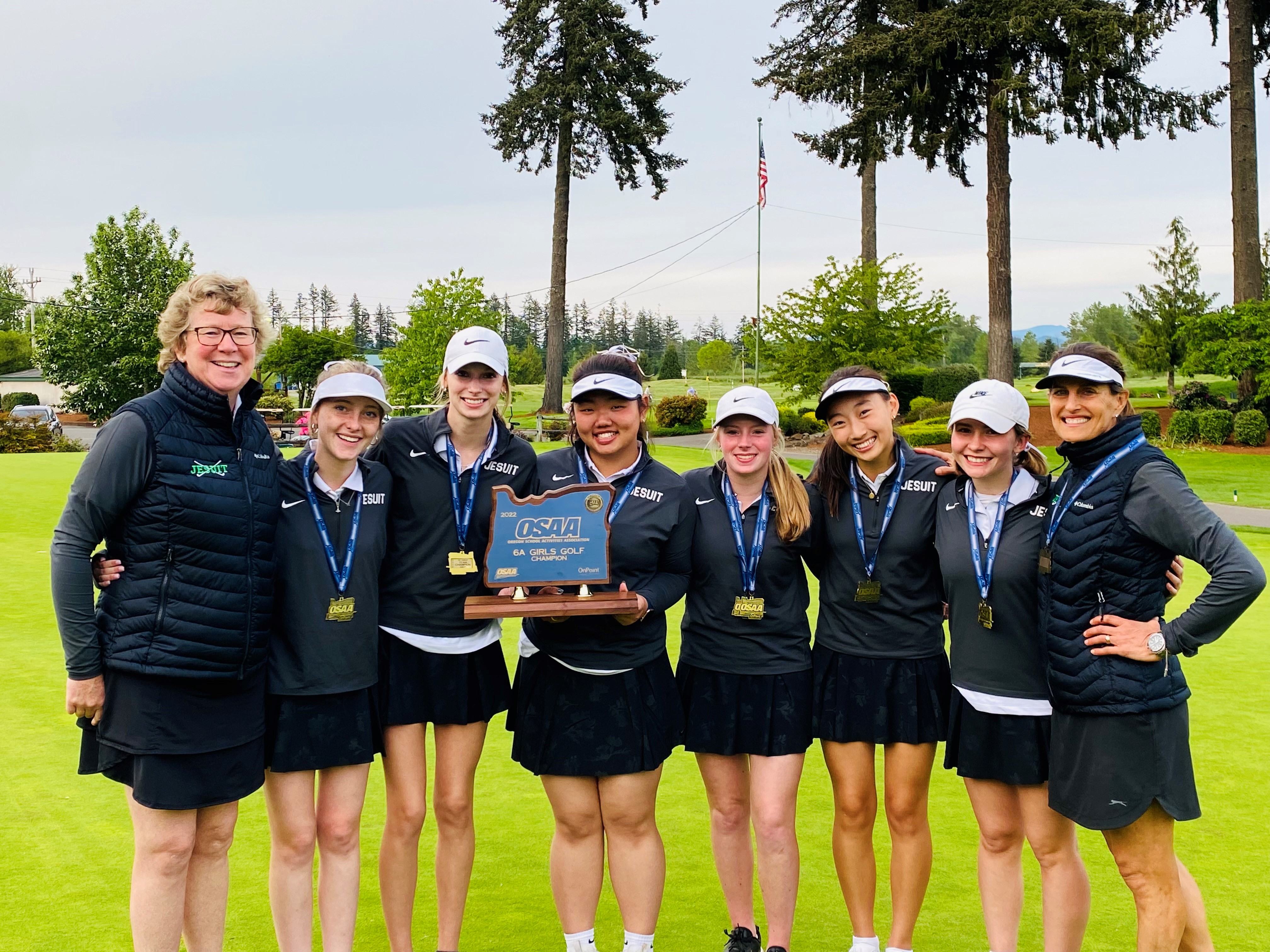 On Tuesday, May 17, Jesuit High School's women's golf team won the OSAA 6A state championship for the third consecutive time. While they were down by 7 strokes after day one of tournament play, the team made an impressive comeback on day two to take the championship by 14 strokes.

This is the fifth women's golf championship in school history, and a first for co-head coaches Michele Gray and Laurie Wagner.

"The young women on Jesuit's golf team played to win at the 2022 State Tournament," said Coach Michele Gray. "They were perseverant, resilient, and mentally tough. Every member of our team contributed significantly to the victory."

After winning the state championship in 2018 and 2019 and then facing two canceled seasons due to COVID-19, the women's golf team came back determined to meet and exceed their previous impressive results, ending with a final score of 469.