Students Sojourn to the Past
May 11 2019 10:00 AM
Share to FacebookShare to TwitterShare to Google+Share to LinkedInShare to PinterestShare to EmailPrint this page 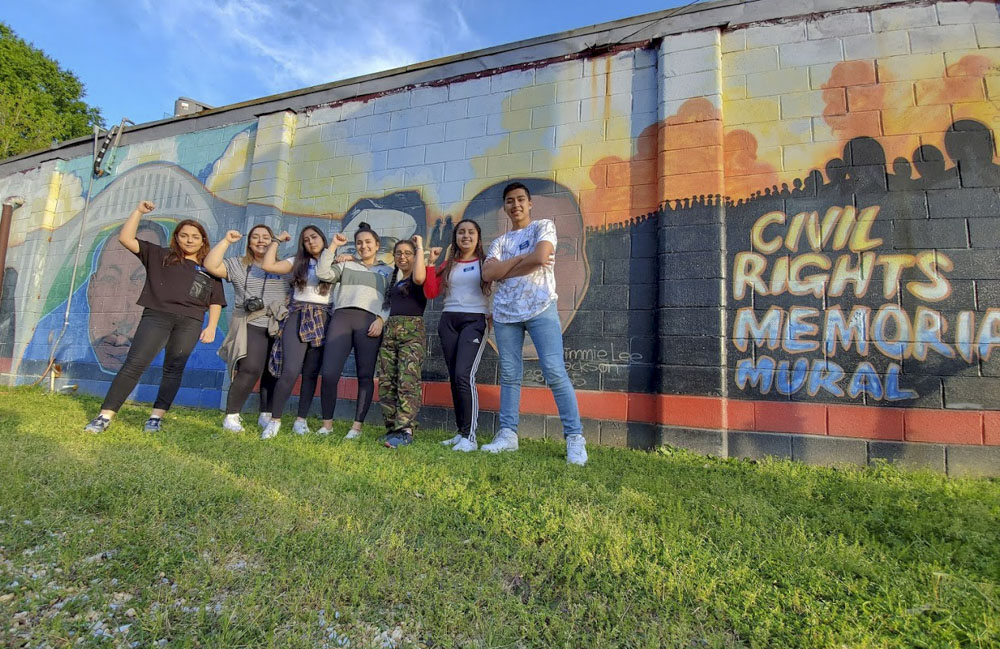 In April, 11 students and two faculty members from Jesuit High School participated in a seven-day immersion trip to the South with the education group The Sojourn Project. A Sojourn to the Past journey gives high school students the opportunity to live history by visiting significant places and meeting both well-known and unsung heroes of the Civil Rights Movement.

"When we visited the site of the 16th Street Baptist Church bombings we heard from Lisa McNair, a sibling of one of the little girls who were murdered," said Jesse Acosta '19. "She spoke about the vital role of activism and telling untold stories and living out legacies."

The students also explored principles of nonviolence and dug deeper into how those principles were utilized during the Civil Rights Movement by hearing anecdotal evidence and emotional testimonies from survivors. By the end of the trip many of the Jesuit students felt a call to action and were motivated to implement what they had learned into their daily lives.

"A crucial insight I developed is how important it is to stand up to injustices anywhere because if we don't do it no one else will," said Arleth Rodriguez '20. "We have to stop being silent witnesses and stand up for what's right."

The group of students from Jesuit and Hillsboro High School were the first students from Oregon to participate in a Sojourn to the Past journey. Jesuit alum and KATU reporter Kara Mack '96 recently interviewed some of the students about their experience for a segment on Afternoon Live. Click here to watch the full interview.