Principal's Blog: Days Between
Nov 17 2020 8:00 PM
Share to FacebookShare to TwitterShare to Google+Share to LinkedInShare to PinterestShare to EmailPrint this page 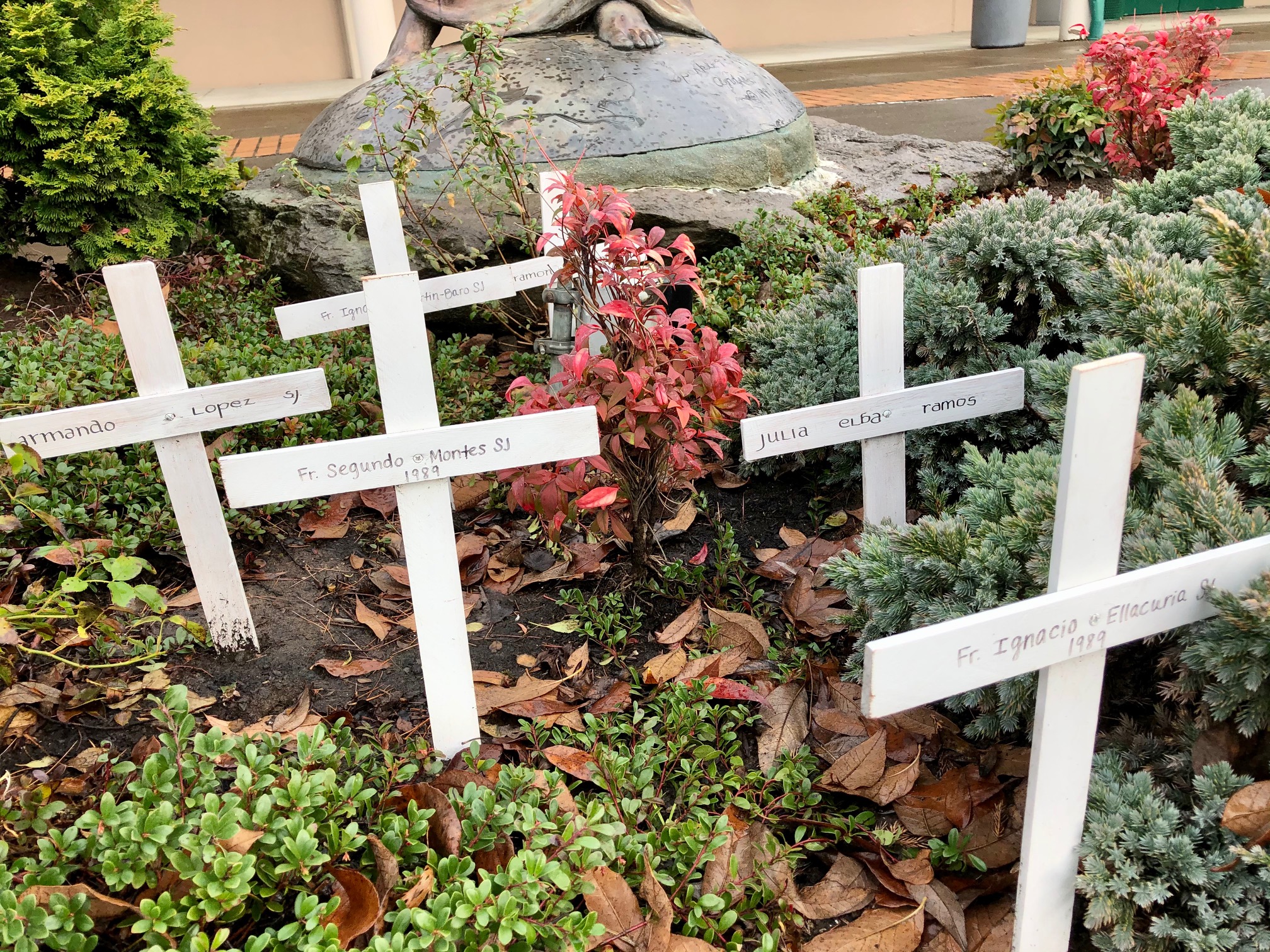 On November 16, we marked the 31st anniversary of the Jesuit martyrs murdered at the University of Central America (UCA) in San Salvador. Six Jesuit priests, their housekeeper and her daughter were executed by government militia members for standing with the people of El Salvador against an oppressive regime, and for advocating for peace.

On November 16, 1989, I was teaching English at Fairfield Prep in Connecticut when the school's principal, Fr. Jim Arimond, SJ, came on the school's PA to inform us of the atrocities, and to lead us in prayer. A shockwave went through the school, as we processed the massacre of these Jesuits and their friends—our brothers and sisters. I will never forget that day.

The crosses lining Mary's Way each November remind us of the myriad clergy, including over 60 Jesuits, who have been martyred for their faith around the world over the past 50 years. All were killed for standing in solidarity with vulnerable people—exactly where Jesus stands.

As Hurricane Iota descends upon El Salvador, we pray to God for the people of Central America through the intercession of St. Oscar Romero and the other martyrs of El Salvador. We pray for our planet, our own country, our state, and our beloved school in this tempestuous time.

May we find stillness in the eye of the storm.