Mike Hass '01 Inducted into College Football Hall of Fame
Jan 14 2022 12:12 PM
Share to FacebookShare to TwitterShare to LinkedInShare to PinterestShare to EmailPrint this page 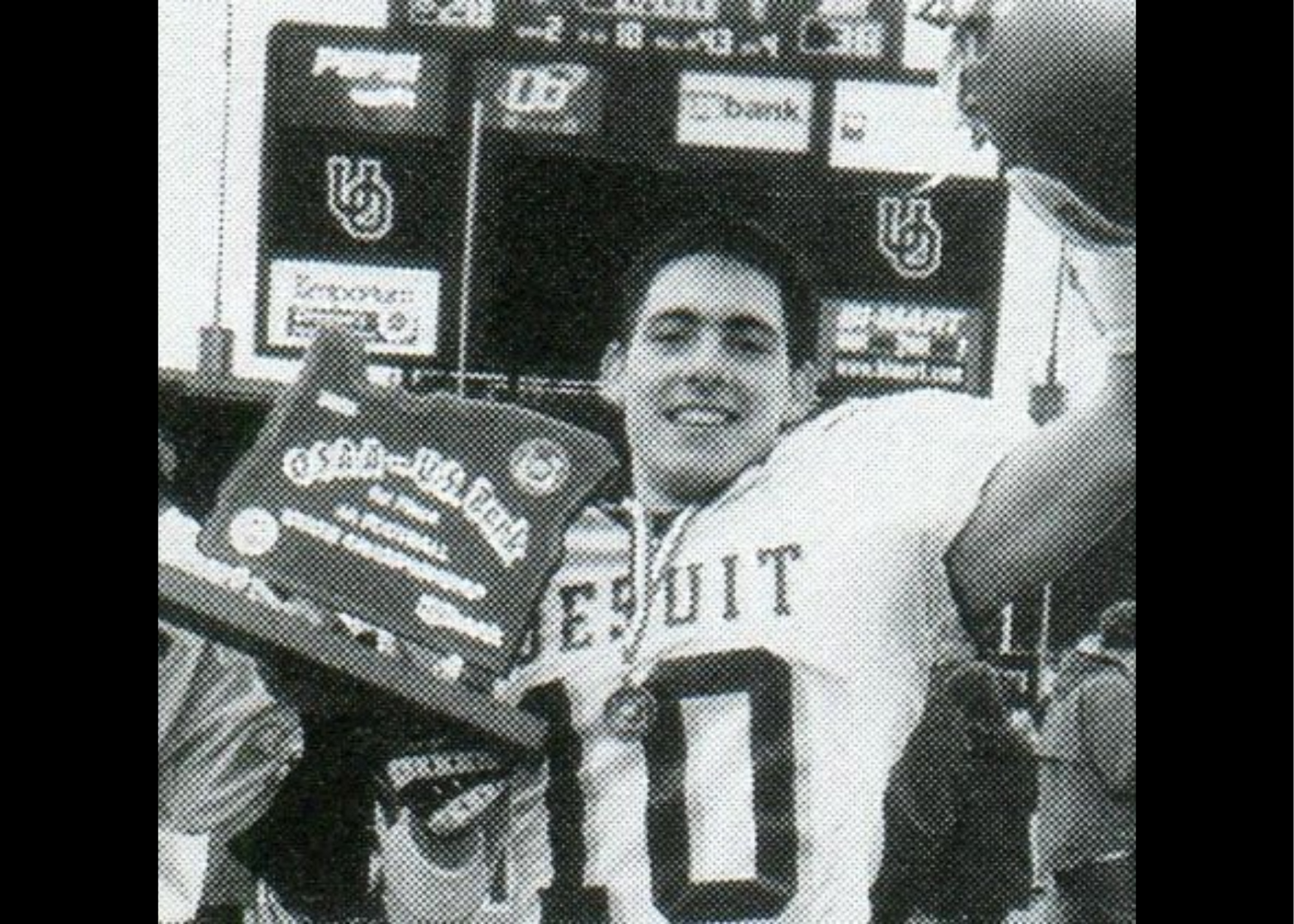 On Monday, January 10, it was announced that Jesuit alum Mike Hass '01 will be inducted into the College Football Hall of Fame for his career at Oregon State University. Read the official announcement here.

After walking on at Oregon State University, Hass set multiple records for OSU and the Pac-10 for most receptions in a game, season and career, as well as most receiving yards. He was also named first-team Pac-10 wide receiver two years in a row, was a two-time All-American and won the Biletnikoff Award as the best wide receiver in the nation.

After college, Hass played professionally from 2006- 2011 for the New Orleans Saints, Chicago Bears and Seattle Seahawks.

In 2018, Hass was inducted into the Jesuit High School Hall of Fame for his phenomenal athletic career at JHS and beyond.

While a student at Jesuit, Hass earned six varsity letters, three in football and three in baseball. He was also part of the state championship football team in 2000, where he was an all-time leader in receptions (79), reception yardage (1746) and touchdown receptions in one year (21). Hass set a state record by scoring seven touchdowns in one game and was the first team all-state wide receiver and defensive back, making him offensive player of the year. He was the career leader in interceptions.

"Mike had a calming influence and tremendous belief in his ability," said Jesuit Football Head Coach Ken Potter. "You knew he was there to compete...He was the best wide receiver I've ever been able to coach," (HOF '18).

He now lives in Portland with his wife, Rebecca, their son, Logan, and daughter, Gwyneth.

Congratulations, Mike, for this incredible achievement!