Men's Tennis Team Wins State Championship!
May 20 2019 3:23 PM
Share to FacebookShare to TwitterShare to Google+Share to LinkedInShare to PinterestShare to EmailPrint this page 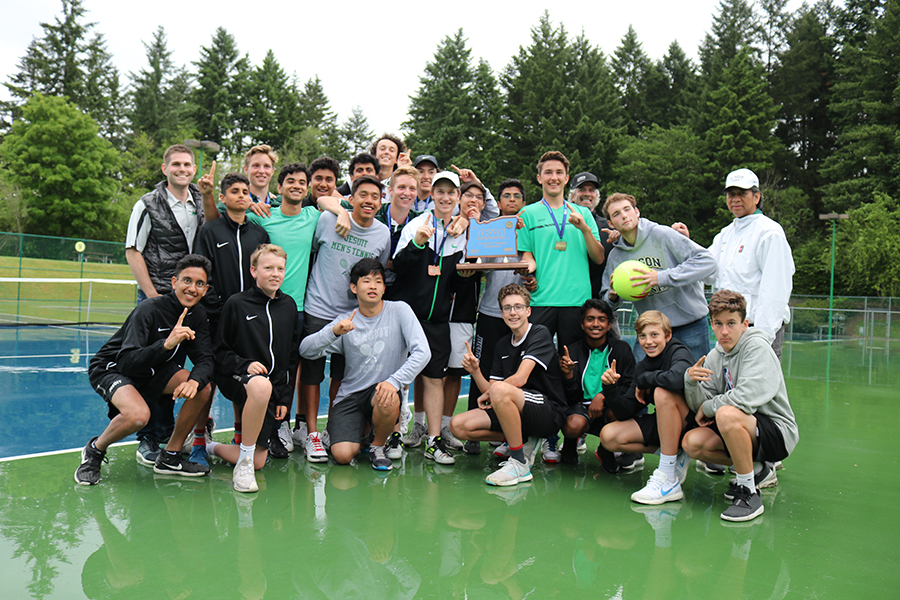 It was an incredible weekend for Jesuit men's tennis as the team won their fourth consecutive team state title on Saturday at Tualatin Hills Park and Recreation Tennis Center.

"I couldn't be more proud of this team and their accomplishments," said head coach Jeff Wood. "The challenges that had to be overcome, the self-sacrifices and the shared commitment to the common goals of the team were simply amazing!"

Congratulations to all of our hardworking student-athletes and coaches! AMDG 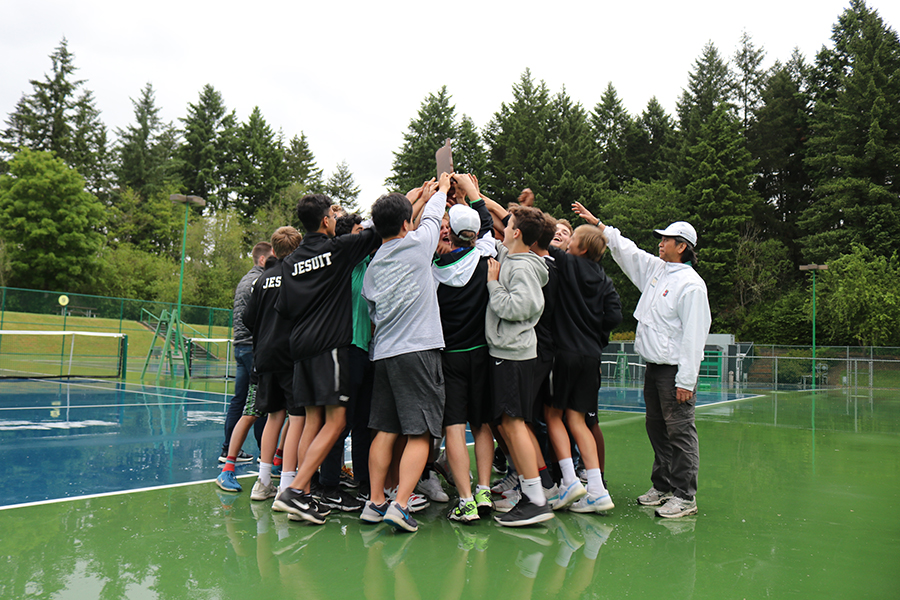 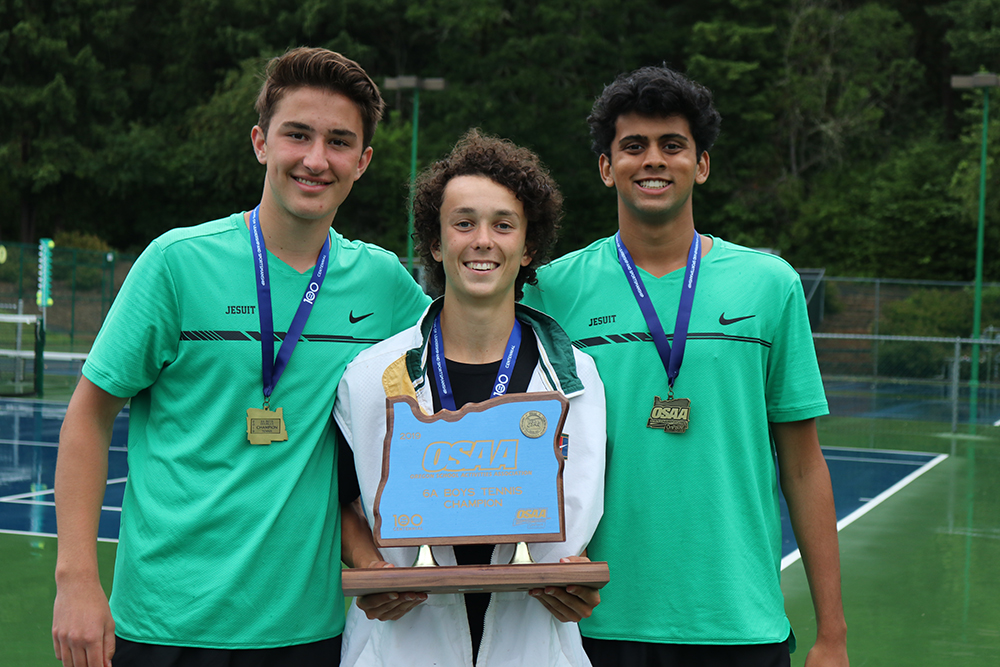 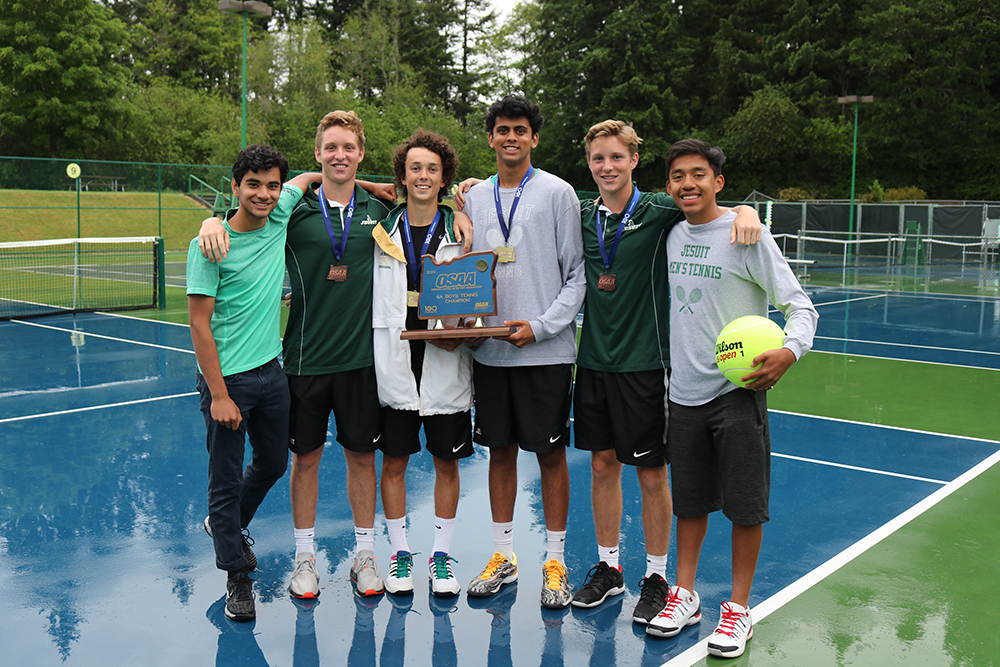