Skip To Main Content
Men's and Women's Golf Teams Win State
May 15 2019 2:06 PM
Share to FacebookShare to TwitterShare to Google+Share to LinkedInShare to PinterestShare to EmailPrint this page

Jesuit's Women's Golf Team won their second consecutive 6A state title in rainy conditions at Quail Valley Golf Course in Banks. The Crusaders trailed Westview by 15 shots after the first round, but made a dramatic comeback on the second and final day to win by eight strokes.

"We were behind coming into the day, but we persevered, and we came through," said Haley Hummelt '19. "We all had the confidence that we could do it. I'm proud of this team."

Haley was the only athlete to golf a sub-par round on the second day. She shot a 1-under 71 to lead the Crusaders' rally for the win. Haley finished in a tie for fifth at 6-over 150 and Mary Scott Wolfe '20 tied for seventh at 7-over 151. 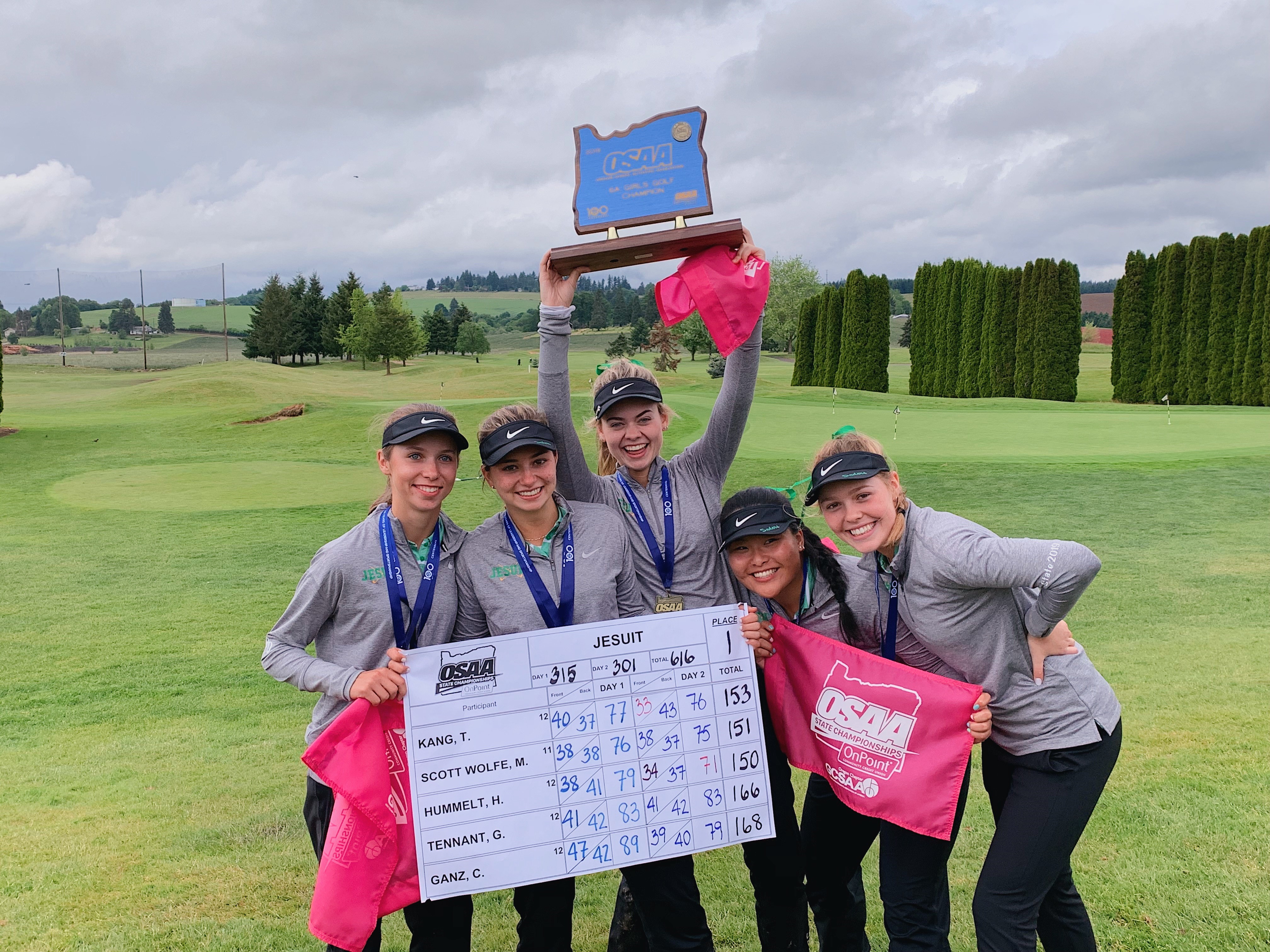 Andrew is the first Crusader golfer to win an individual title in the past 11 years. He sank a birdie putt on the 17th hole to break a tie for first and closed the 18th hole for par. Andrew finished with a 3-under 139 which gave him a one-stroke victory over the defending state champion from Lincoln.

"I always expect someone out there to shoot just a little better than me," said Andrew. "It's nice to finally win."

Three other Crusaders finished in the top ten and the team had a combined two day total of 4-over 572. Ethan Tseng '22 finished in third place at 1-under 141, followed by Brody Marconi '21 in sixth place and Johnny Ward '20 in ninth place.

Click here to read the full article from OregonLive. 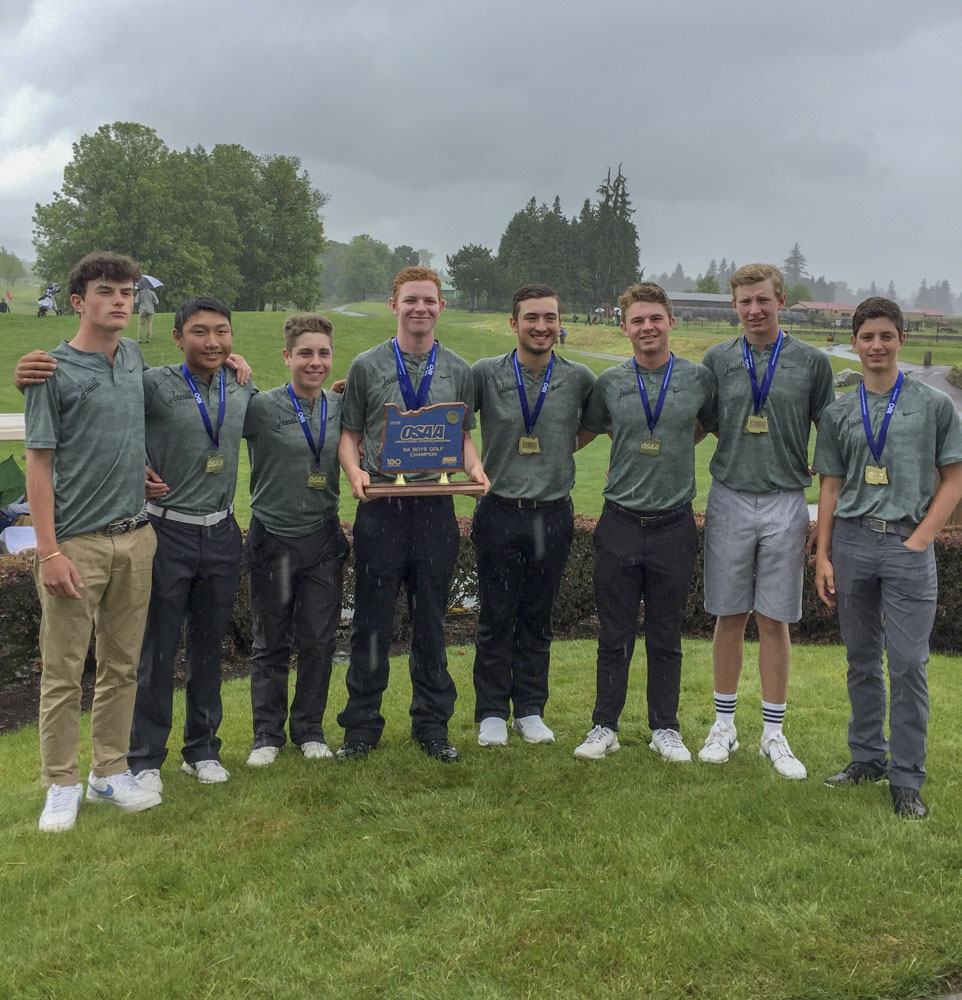 Congratulations to both our Men's and Women's Golf Teams State Champions!