Jesuit's Women's Lacrosse Team Wins Championship Game
May 27 2021 9:25 AM
Share to FacebookShare to TwitterShare to Google+Share to LinkedInShare to PinterestShare to EmailPrint this page 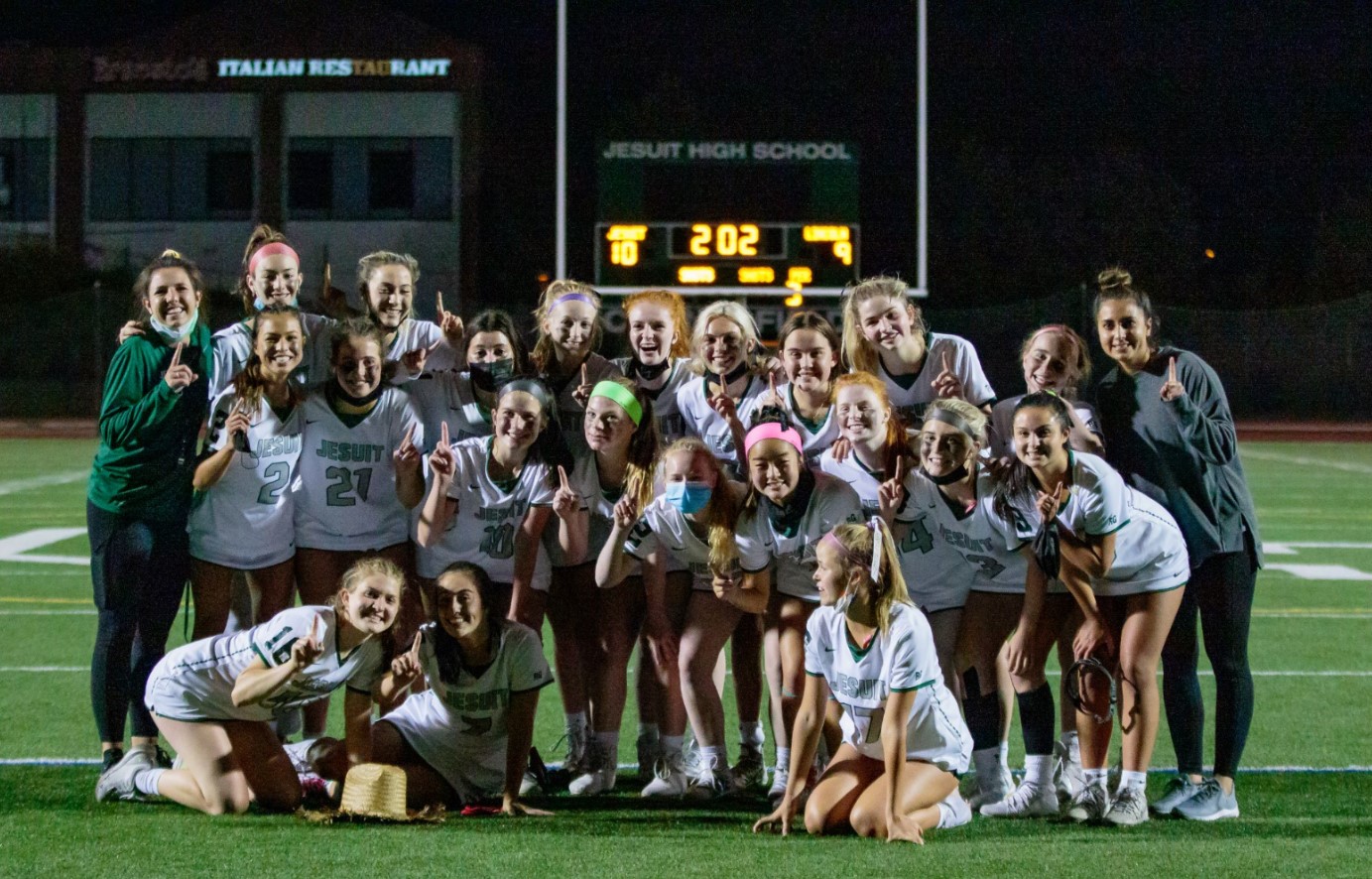 This past weekend, the Jesuit High School Women's Lacrosse team competed against the best teams in the state, and won the championship game in triple overtime with a final score of 10-9 against Lincoln High School.

After trailing 0-5 in the first half, the team rallied, worked together, and achieved a major comeback to push the game into overtime. Coaches and fans sat on the edge of their seats as Jesuit battled through three overtimes, and ultimately won the game with a fantastic shot by Sydney Landauer '21.

Women's Lacrosse Coach Lauren Blumhardt explained the team coined this year's theme as "school of fish" – every play during each game was done together, a motto the team fully embodied in this final match.

"This whole year, we talked about battling against adversity. We worked to be like water and adjust to whatever came our way," says Coach Blumhardt. "I am so incredibly proud of these strong women who have proved that anything is possible with heart and hard work!"

Congratulations to the Women's Lacrosse team! 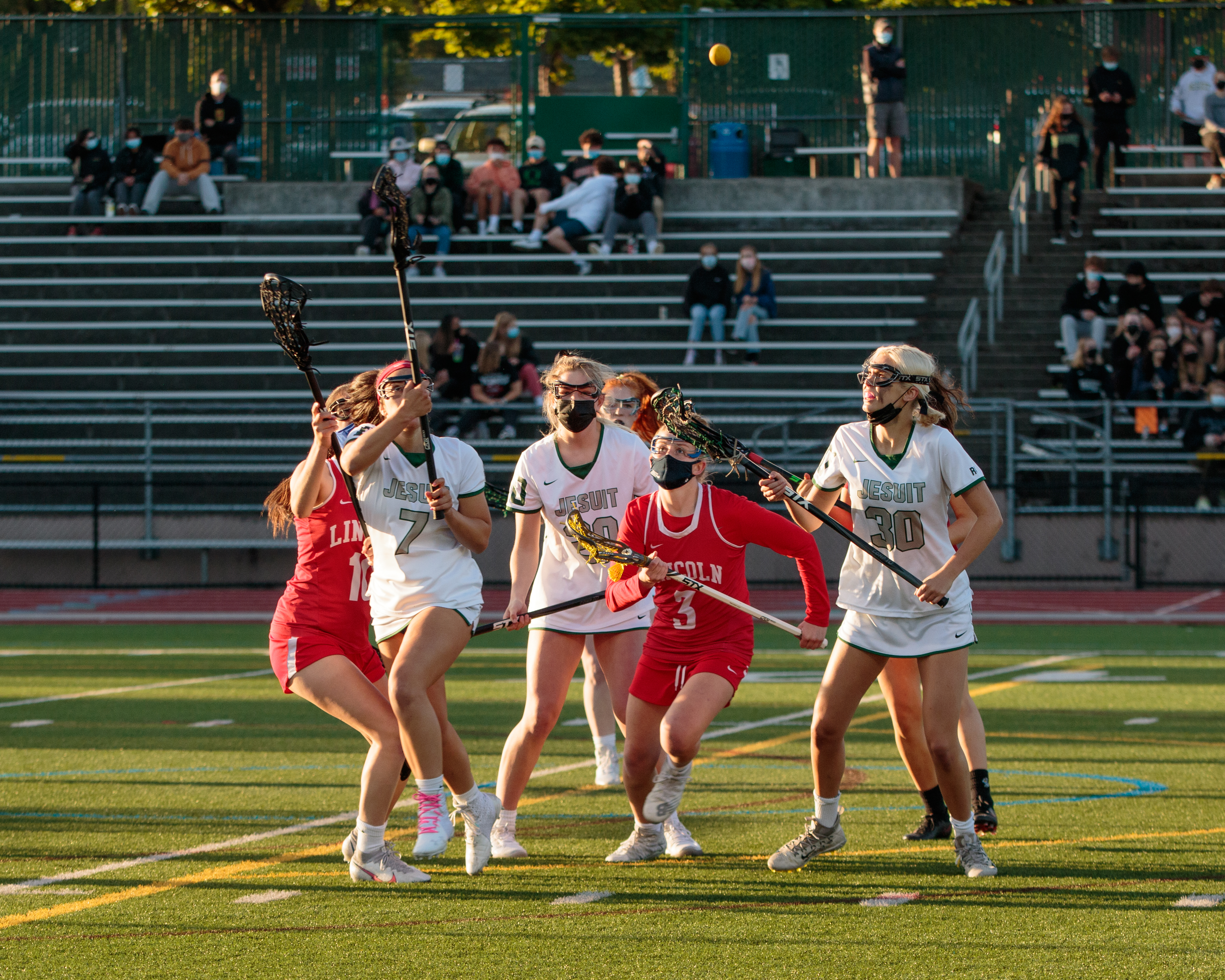 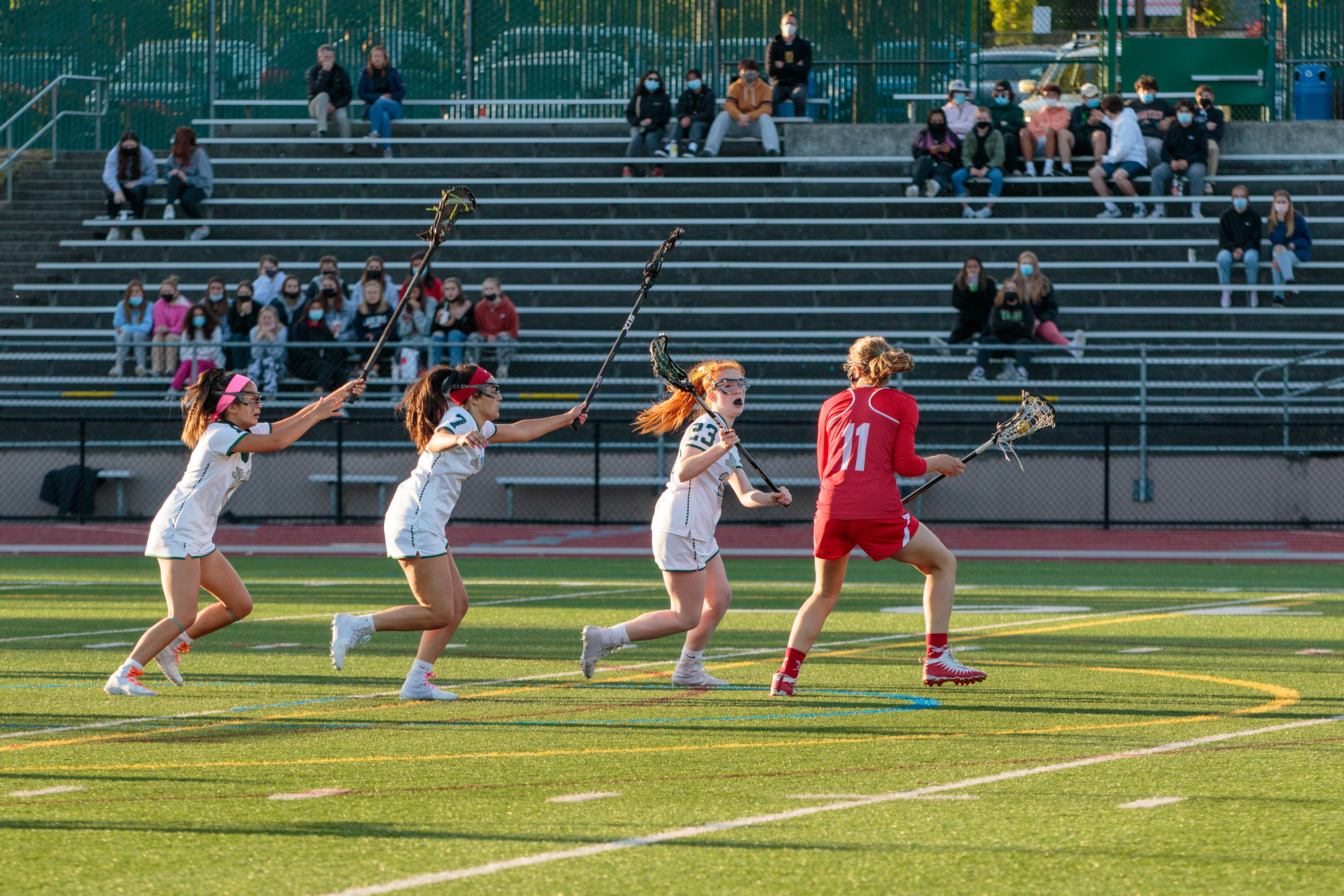