Jesuit Women's Soccer Claims Championship 'Three-peat'
Nov 18 2019 11:14 AM
Share to FacebookShare to TwitterShare to Google+Share to LinkedInShare to PinterestShare to EmailPrint this page 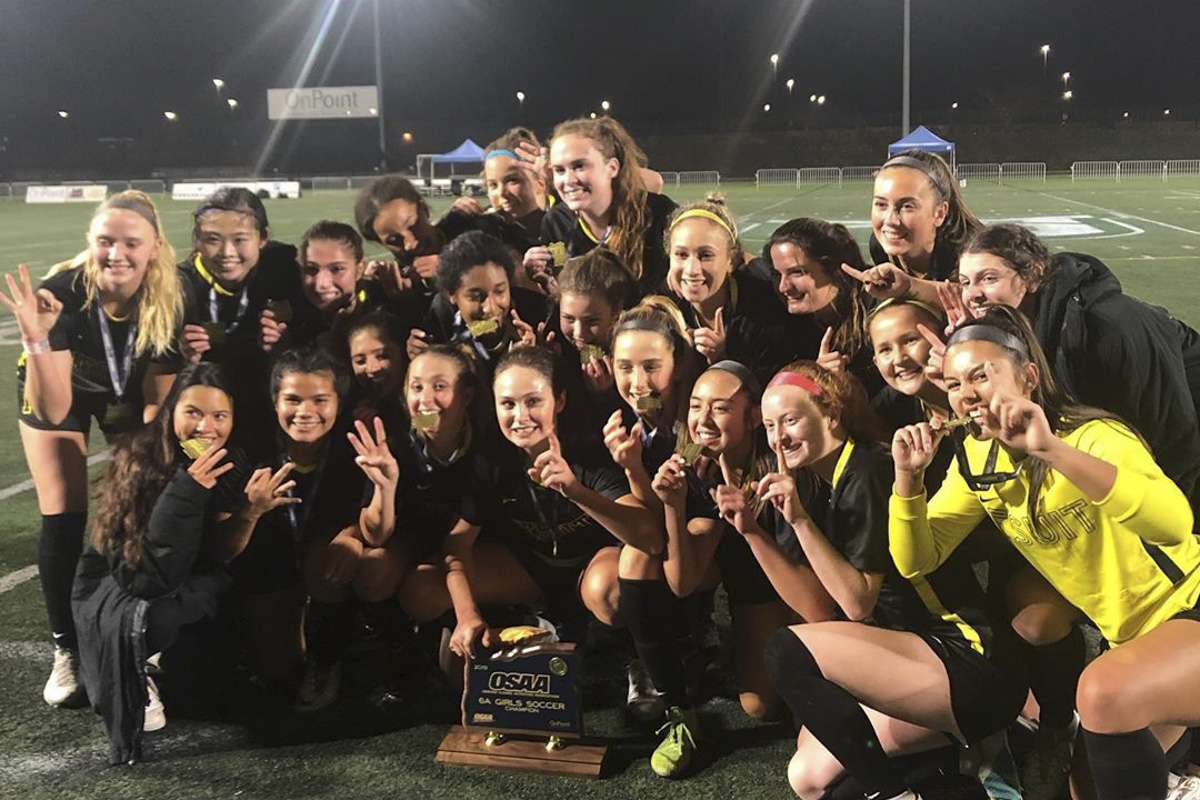 At Hillsboro Stadium on Saturday, the Jesuit women's soccer team pulled off another OSAA 6A state title win, bringing home the coveted three-peat. The Crusaders are the first 6A team to win three championships in a row since Jesuit's Hall of Fame teams of the 90s. The team finished the season (19-0-1) ranked No. 3 in the nation in the USA Today/United Soccer coaches poll.

Congratulations to all our outstanding student-athletes!

Read more from René Ferrán | For The Oregonian/OregonLive:

That's quite the trifecta that Jesuit senior Callan Harrington took away from Hillsboro Stadium on Saturday night after she scored two goals in the Crusaders' 3-0 victory over Mountainside in the Class 6A girls soccer final.

Harrington broke a three-way tie with former Hillsboro and U.S. national team star Tiffeny Milbrett and former Catlin Gabel and Jesuit standout Sara Bagby atop the career scoring table with her first goal 7½ minutes before halftime, then surpassed Milbrett's single-season record with a goal 10 minutes into the second half.

The University of Washington signee finished her senior season with 55 goals and 133 for her career, but even more important to her was getting to share a third consecutive state championship with her teammates.

"I never thought I'd be a three-time champion, and I give it all to my teammates," she said. "I can't wait to celebrate with them. I really feel like we deserved this. It was definitely a team effort."

Jesuit became the first Class 6A school to win three in a row since the Crusaders won six consecutive from 1994-99.

"We're lucky in that we have talented kids who also work extremely hard," said Jesuit coach Steve Fennah, who has led the program to nine of its 14 titles during his two stints at the school. "That's the part that I don't think they get enough credit for. I would put the level of hard work that they put out ahead of their ability levels. Put those two together, and it's a pretty potent combination." Continue reading on OregonLive.