Principal's Blog: Jesuit Students Shine
May 22 2019 2:46 PM
Share to FacebookShare to TwitterShare to Google+Share to LinkedInShare to PinterestShare to EmailPrint this page

As we head to the end of the 2018-19 school year, we want to take time to recognize the many Jesuit High scientists, mathematicians, writers, and artists who have represented our school in exemplary fashion this spring:

In mid-March, we learned that two JHS artists, Abigail Rawlinson and Amelie Stoddard, had won national medals in the Scholastic Art and Writing competition. In early June, Amelie's photo, Rever Au Musee (below right), will be displayed at the Pratt Museum. Amelie and art teacher Sascha Manning will attend the awards ceremony at Carnegie Hall in NYC on June 5-7. Abigail's art, "Sisters," is pictured below left. Congratulations, Abigail and Amelie!

On March 25, Sofia Deatherage, Adikus Schmahl-Waggoner and Marielle LeFave earned invitations to the Northwest Undergraduate Conference on Literature at Seattle U, where Marielle's essay on Walt Whitman's poetry and American democracy won the award for best high school entry! Sofia reports that they enjoyed fielding questions about their papers and visiting the conference's "rare book petting zoo"!

JHS Robotics won the Safety Award (considered one of the biggies!) at the Lake Oswego FIRST Robotics competition on March 30. 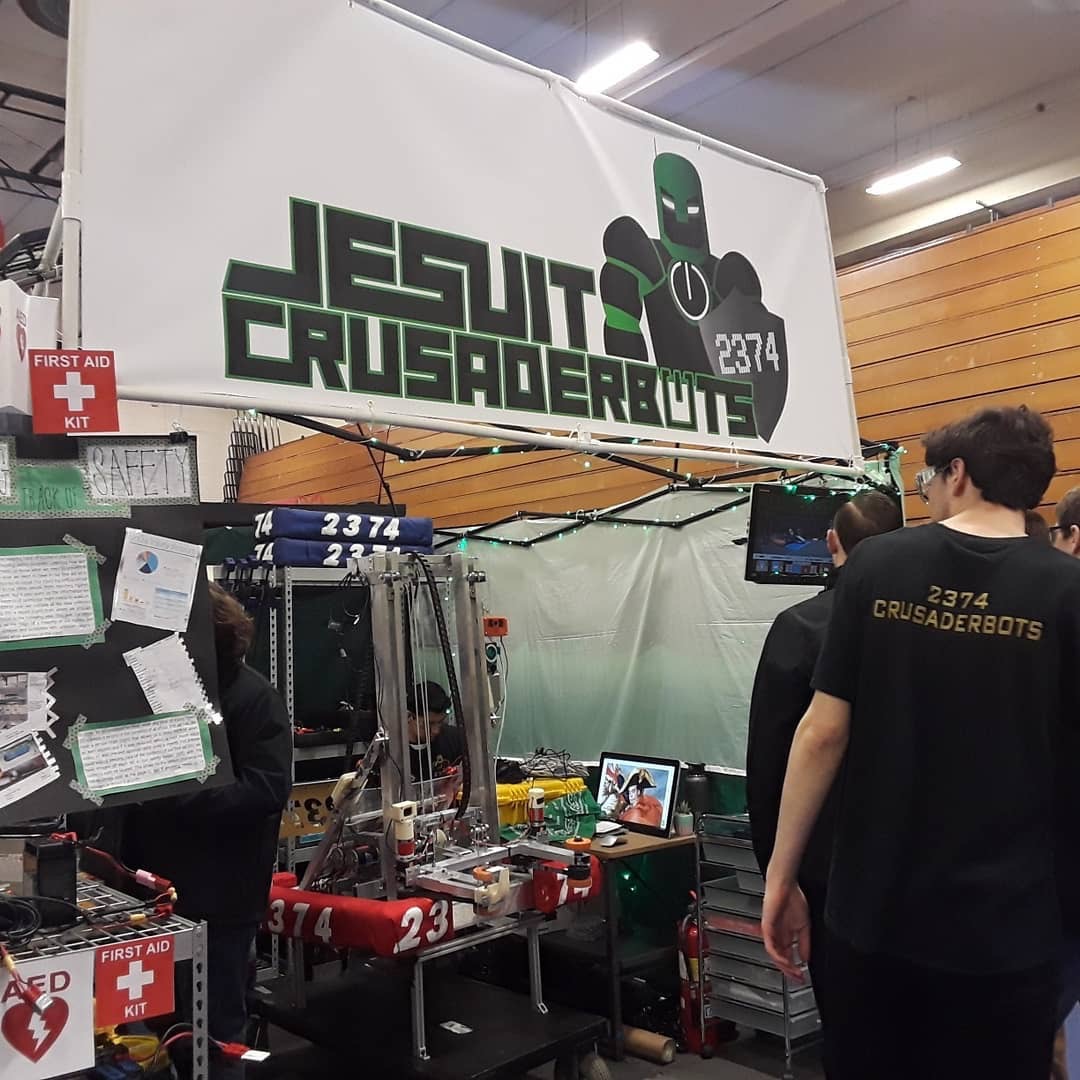 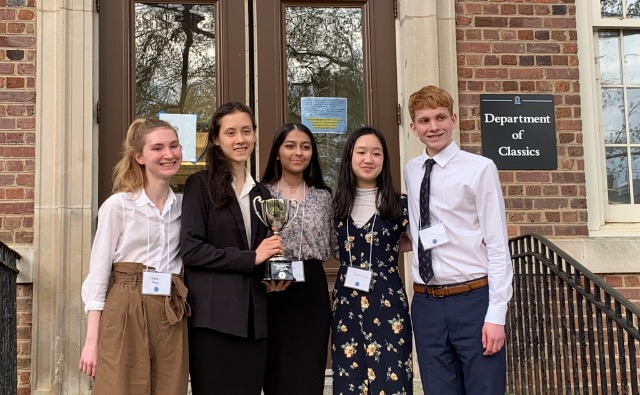 Showcasers at Oregon Thespian Festival: These students "won State" in their event, and were invited to perform before 1000+ of their fellow thespians. On May 15, they performed for their friends at a brownbag at JHS. Bravo to these superb thespians! 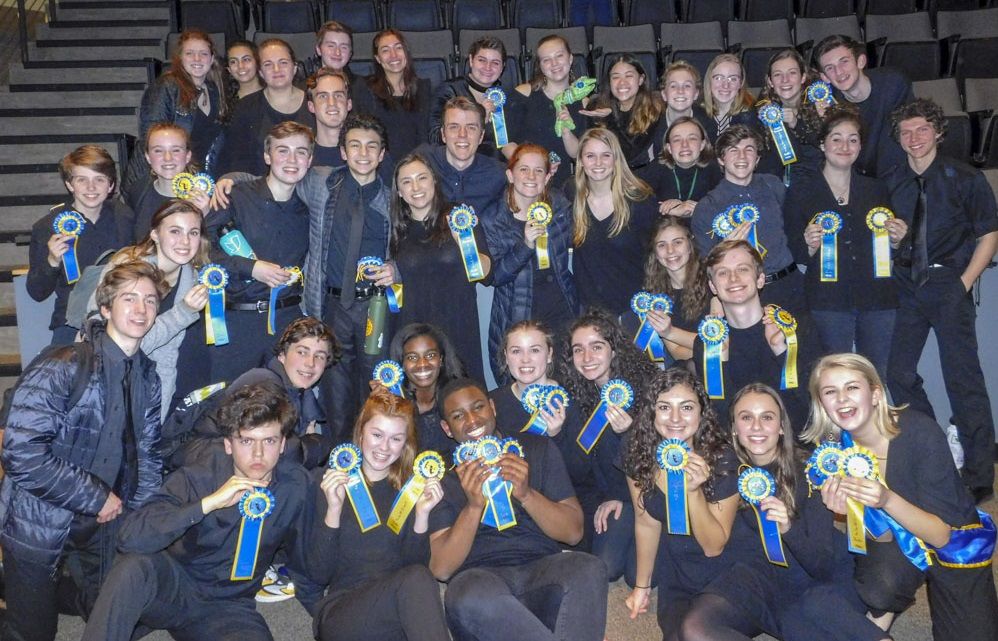 Jesuit's legendary drama directors were also honored by their peers:

In musical news, Henry Broughton and Ethan Tseng both qualified for the State Solo/Ensemble Band competition on April 27, and Ethan won the District Solo competition! The Band program's final concert on May 16 was a smash.

The JHS Choir will perform its final concert of the year to mark the end of new Director Kristen Caldwell's first year at Jesuit on Wednesday, May 22 in the Moyer Theatre at 7 pm. Be there! 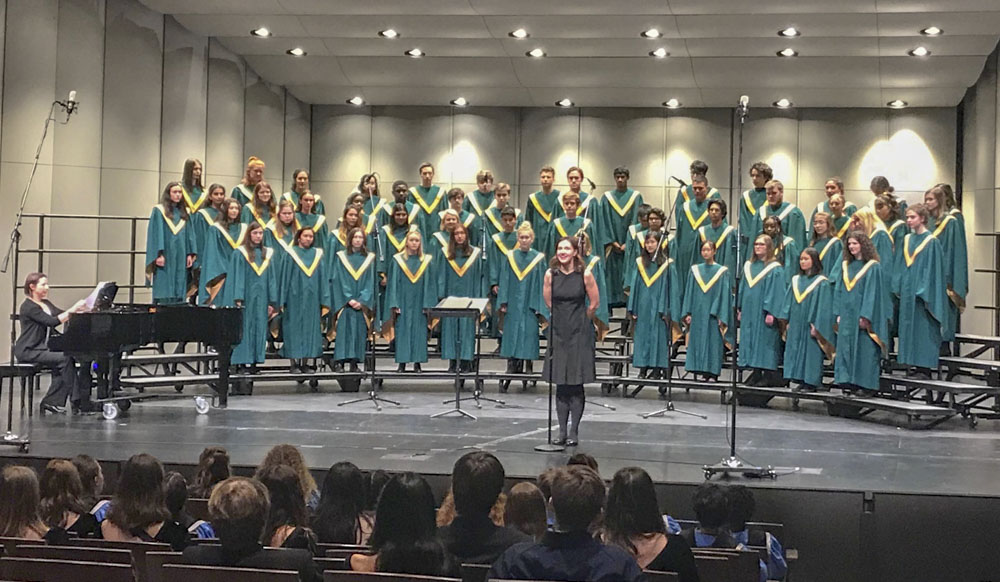 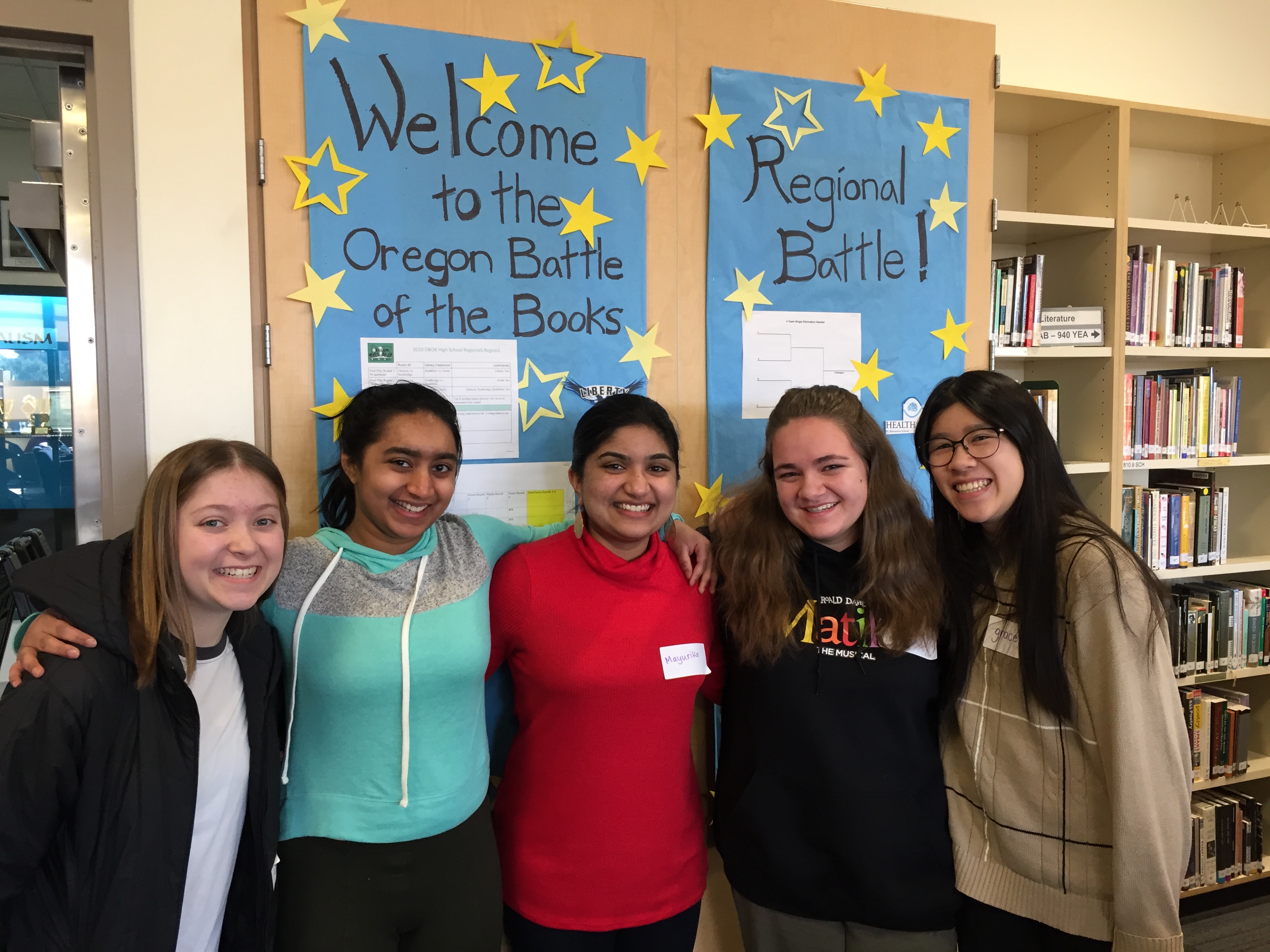 Also on April 6, the JHS Science Olympiad team took second place in State at OSU. The team captains were Soumik Chakraborty and Dominic Debettencourt and the moderator was JHS math teacher Rob Skokan. 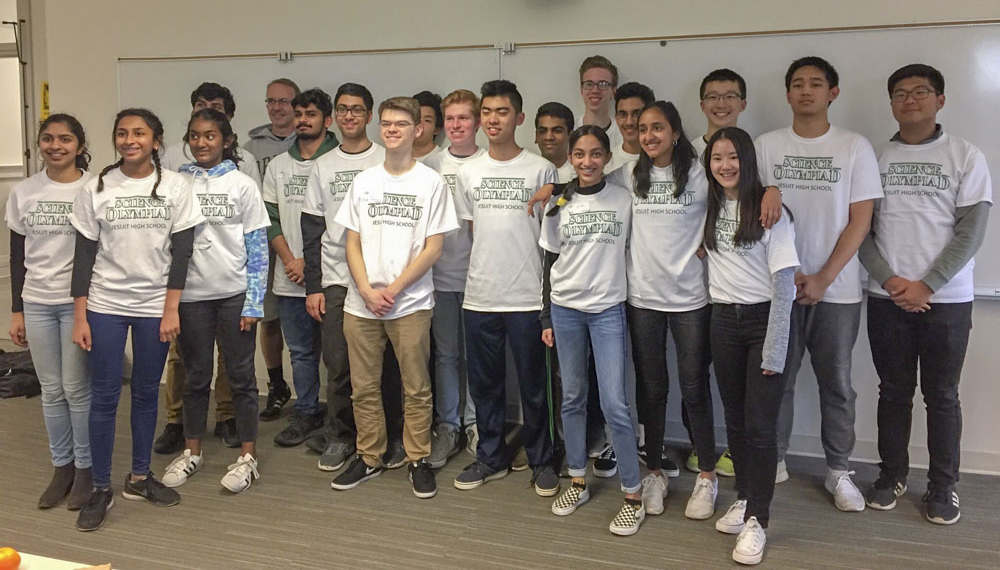 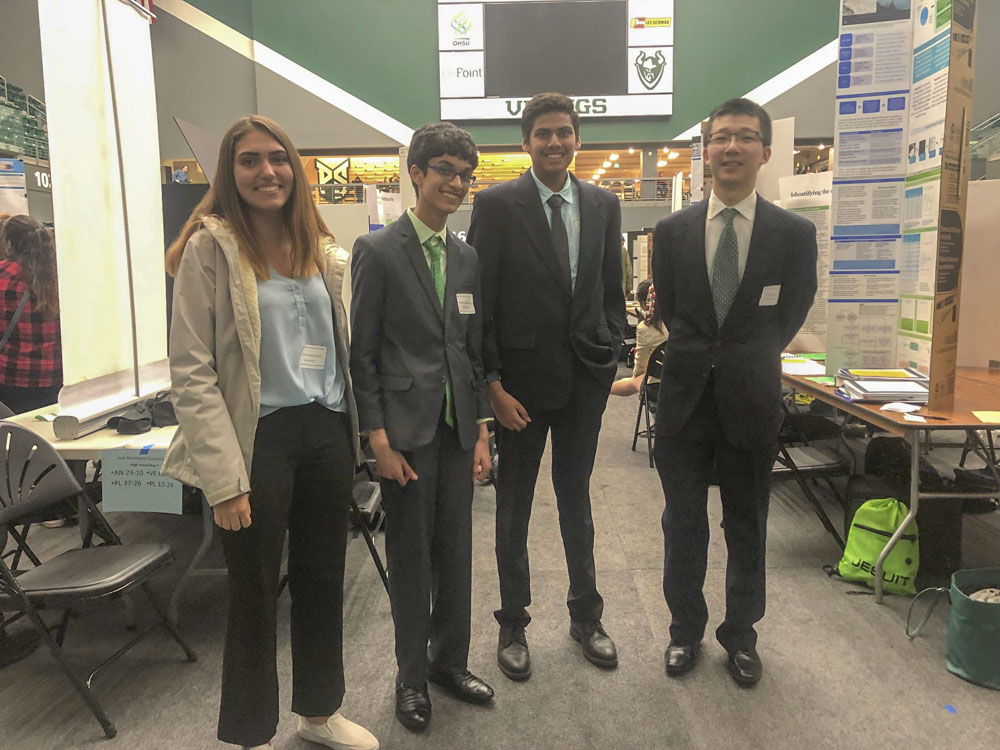 Junior Rupert Li and sophomore Brian Xu were recently recognized as two of the top math students in the US, qualifying for the USAMO (United States of America Mathematical Olympiad). Rupert and Brian are two of six total qualifiers from the State of Oregon.

On April 2, Rupert Li and Wenjun Hou took the USA Physics Olympiad exam. On May 7, 2019, we learned that Wenjun won a gold medal, placing him in the top 40 in the nation, and Rupert won a silver, meaning he is in the top 80 in the whole US. We are so proud of these young scientists! 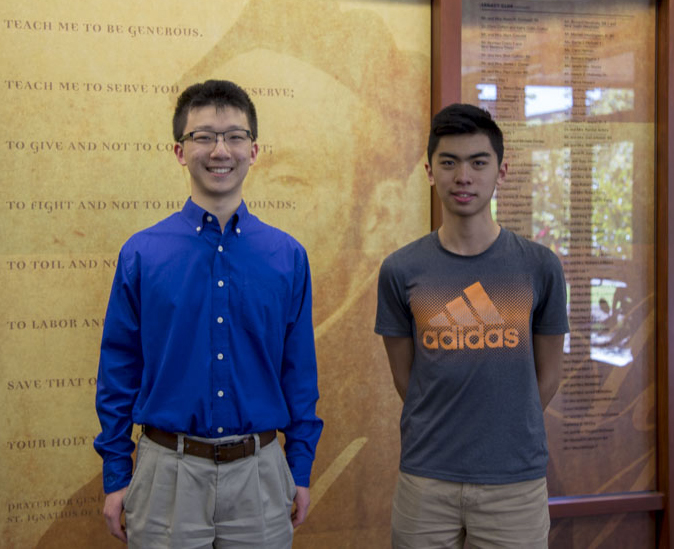 More on Wenjun and Rupert:

On May 20, Wenjun traveled to New Brunswick, Canada to present a project at the International Symposium of Multivalued Logic (ISMVL). Wenjun wrote his paper on machine learning algorithms (think Artificial Intelligence!) See here for more: http://www.mvl.jpn.org/ISMVL2019/

On May 18-19, Rupert gave a presentation at MIT on his project, Compatible Recurrent Identities of the Sandpile Group and Maximal Stable Configurations.

Congratulations to all of these hard-working scholars, artists, and scientists, who are such fine ambassadors for Jesuit High School!