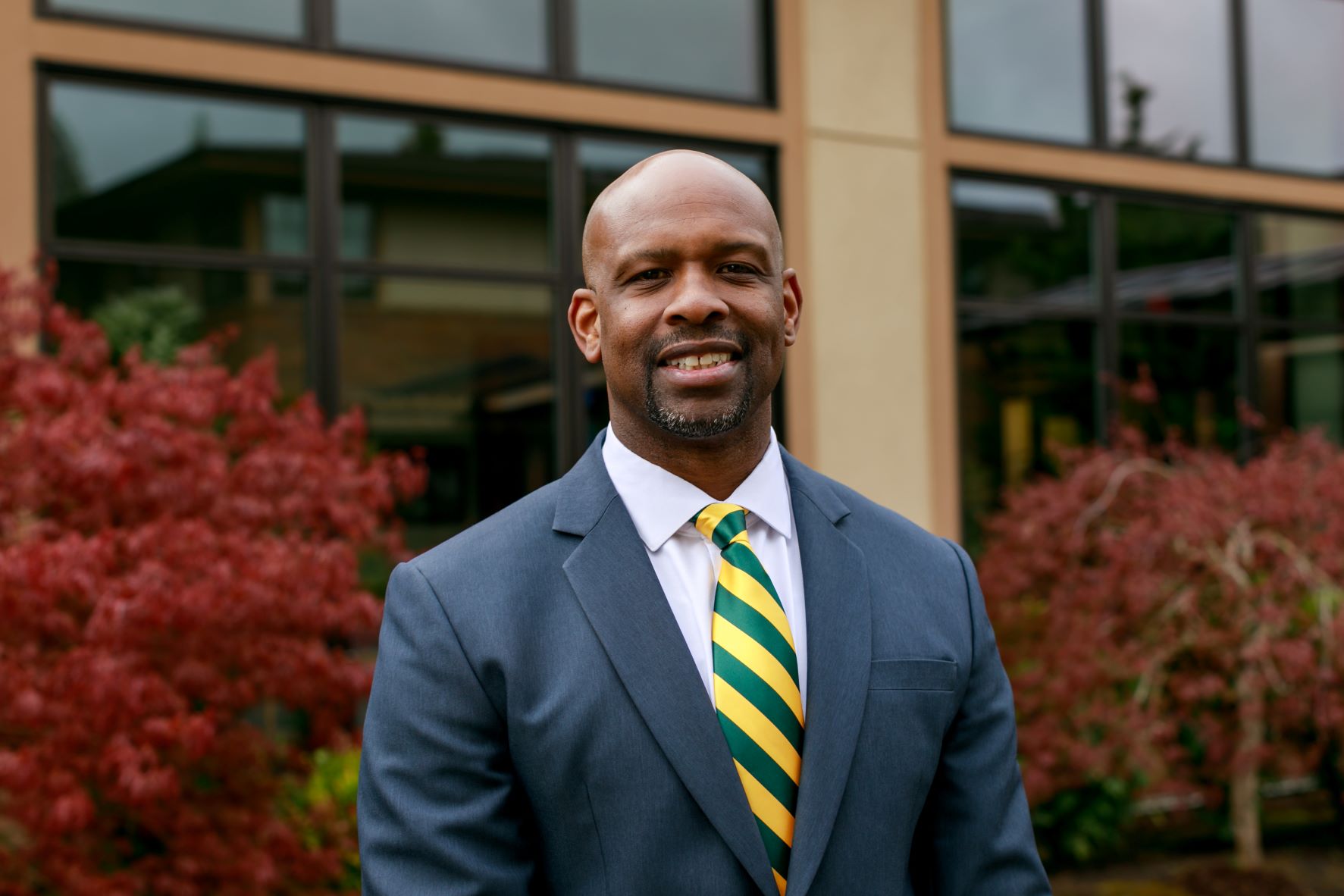 Jesuit High School is thrilled to announce that Khalid Maxie has been appointed as the school's twelfth principal.

A national and comprehensive search for Jesuit's next principal was led by a Search Committee in partnership with Mathew Heersche and Risa Oganesoff Heersche, the Catholic education specialists of the national search firm Educational Directions, and with consultant Melissa Ulum.

All applicants for the position had outstanding backgrounds, and the pool included geographic, racial and gender diversity. Four impressive finalists visited Jesuit's campus in April and met with various constituents.

"After thoughtful and prayerful discernment that included input received from members of our school community who participated in this process, it is my immense privilege to announce that Khalid Maxie has been appointed as the twelfth principal of Jesuit High School and will assume his duties on July 1, 2022," said President Thomas Arndorfer.

For the last 10 years, Mr. Maxie has served in administrative roles at Jesuit High School, including Vice Principal and Dean of Students and Security. He also served as Summer Session Director from 2013-2019. Mr. Maxie currently serves as Jesuit's Vice Principal of Academics and Student Life and is a member of the Board of Trustees' Finance Committee and Diversity, Equity and Inclusion Committee. Mr. Maxie led recent initiatives in accreditation and the development of Jesuit's School Improvement Plan priorities, and co-led the school's community-wide mascot input and evaluation process.

"I am overcome with joy and gratitude for the appointment to principal. I am looking forward to partnering with my colleagues in this sacred vocation while serving our students," said Mr. Maxie.

In addition to Mr. Maxie's years of experience at Jesuit and at a diverse array of other educational institutions, his personal and life experiences as a first-generation college graduate provide him with a unique perspective to share with students and community members. Mr. Maxie's desire to make a positive impact on those he serves is evident in all that he does.

Although he assumes the duties of principal on July 1, Mr. Maxie will continue serving Jesuit High School as Vice Principal of Academics and Student Life until that time, and the school will continue to operate effectively and efficiently. Gratitude goes to the other Vice Principals, as well as the Leadership Team, all of whom have stepped up in significant ways to keep Jesuit running smoothly.

Thank you to the Search Committee led by Erika Tuenge '94 and Roger Stewart - Omar Douglas, Colin Griffin '00, Tricia Heffernan, Jennie Kuenz '97, Mark Flamoe, Colleen O'Mahony, and Fr. Mike Weiler, S.J. Their service to Jesuit High School and to the search process over a period of many months has been truly extraordinary.

"This is an exciting inflection point in Jesuit's history as we move our institution forward and chart its bright future," said President Thomas Arndorfer. "Congratulations to Mr. Maxie and his wife, Theresa '97, their two children, and their extended family. We wish Mr. Maxie continued success in his vocation and ask God's blessing on him, his family, and our school community as he embarks on this important leadership role."