Jesuit Baseball Wins State Championship
Jun 3 2019 1:30 PM
Share to FacebookShare to TwitterShare to Google+Share to LinkedInShare to PinterestShare to EmailPrint this page 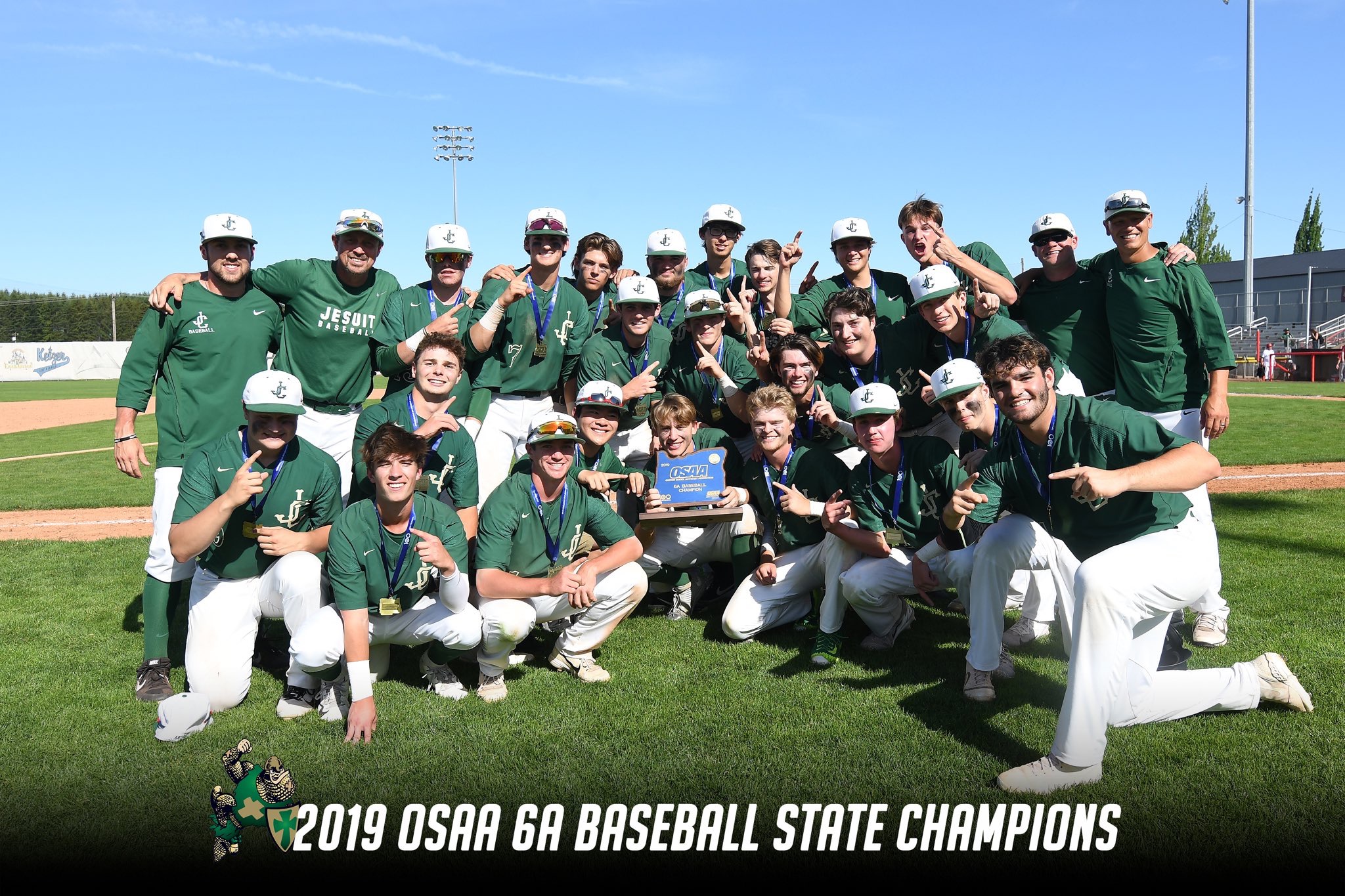 Jesuit's Baseball team earned the title of 6A state champions in a hard won victory over Central Catholic on Saturday. The Crusaders defeated the Rams 2-1 in 13 innings, which tied the record for most innings played in an OSAA state championship.

The Rams led 1-0 heading into the bottom of the seventh inning, but the Crusaders put together a series of hits to push the tying run across the plate and send the game into extra-innings.

After five more thrilling and scoreless innings, the Crusaders strung together more three hits to score the winning run and claim the state title. The game lasted 3.5 hours in its entirety.

"That was nothing but mental toughness," said head coach Colin Griffin '00. "I can't say enough about how tough that group was. At some point it just became really fun to watch them compete and play."

Click here to read the full article from the Oregonian. 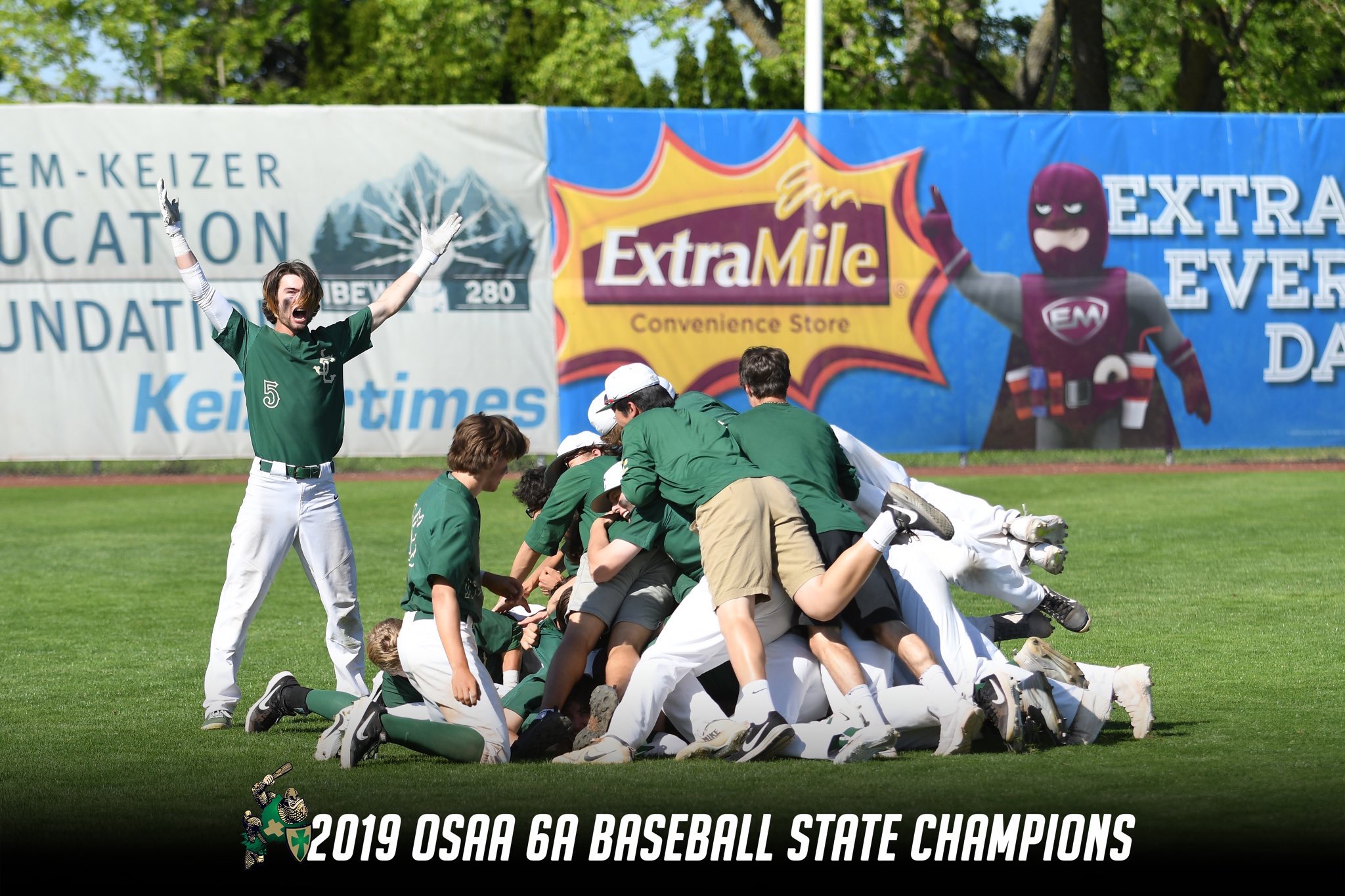