Jesuit Athletics Named No. 1 in Nation
Aug 12 2019 2:11 PM
Share to FacebookShare to TwitterShare to Google+Share to LinkedInShare to PinterestShare to EmailPrint this page 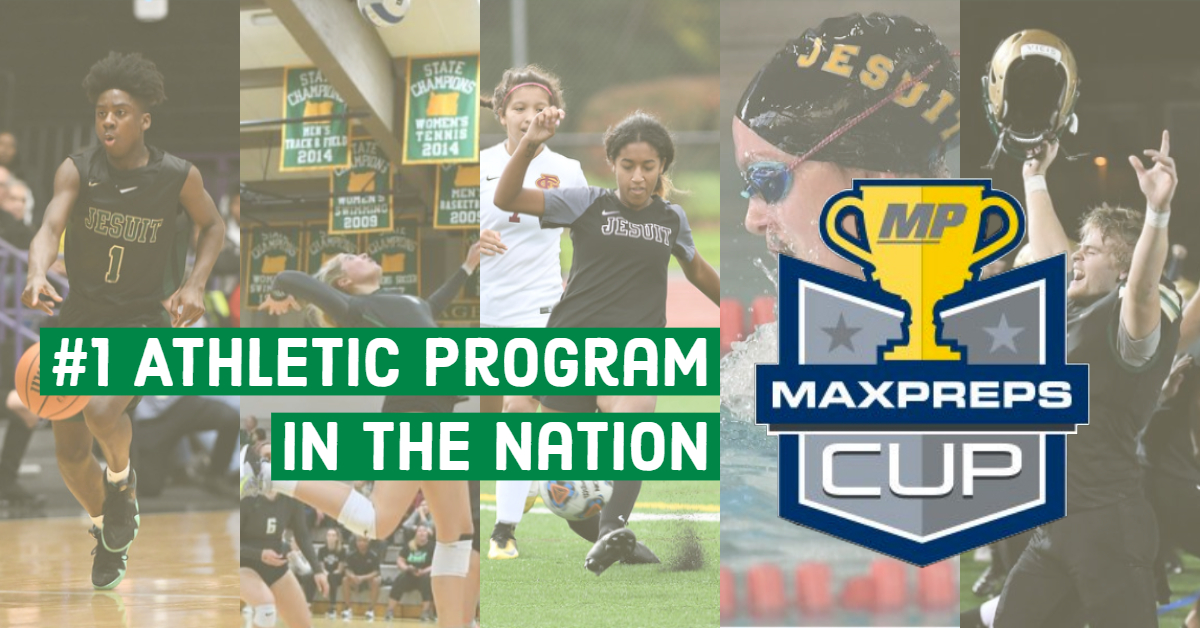 Last week, Jesuit High School was named the No. 1 athletic program in the nation, taking home the MaxPreps Cup for the second time in the last four years.

This marks the fourth time that the school has been recognized on a national level as the top high school athletic program (Sports Illustrated named Jesuit first in the nation in 2007 and 2010).

"We are extremely honored to receive this national recognition as the #1 high school athletic program in the country," says Athletic Director Mike Hughes. "In Jesuit athletics, we focus on coaching for character. We find if you do the little things right, concentrating on developing men and women of conscience, competence and compassion, the wins and losses take care of themselves."

"Our coaches, many of them on-campus Ignatian educators, understand that athletics is but one expression of the Jesuit mission of producing leaders-for-others," said Principal Paul Hogan. "Sports at Jesuit help us to pursue our mission by teaching character traits like self-sacrifice, teamwork, commitment, self-discipline, and love—of the game, and of each other—that serve our students for generations."

High schools sports news arbiter MaxPreps determines the No. 1 high school sports program in the nation using a specialized point system. Schools accumulate points for finishing first or second in the state finals or finishing in the Top 25 national rankings for a specific sport. Points are also awarded based on the size of the state, the popularity of the sport, the playoff classification for the sport played and for the number of teams competing in that playoff classification.