Honoring Fr. Larry Robinson, S.J. - 1932-2020
Dec 31 2020 1:20 PM
Share to FacebookShare to TwitterShare to Google+Share to LinkedInShare to PinterestShare to EmailPrint this page 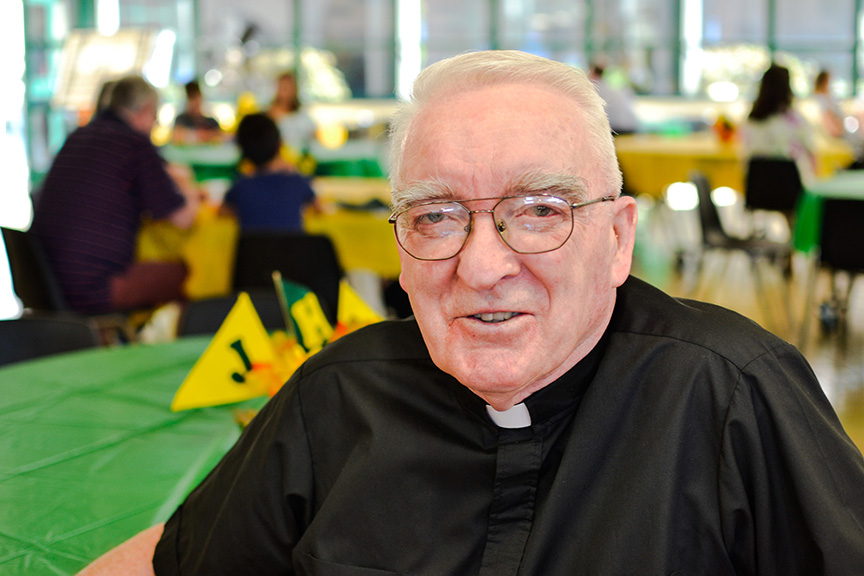 Fr. Larry Robinson, S.J., a pillar of the Jesuit High School community for five decades, passed away in the early morning of December 30, 2020 at the Sacred Heart Jesuit Center in Los Gatos, California.

Fr. Robinson was a Jesuit priest, educator, coach, mentor, colleague, friend, and much more. Though we mourn his passing, let us be grateful for our time with Fr. Robinson and for the life he shared with the Jesuit High School community.

As you reflect on his life and his remarkable impact on so many of us over the decades at Jesuit, we wanted to share with you a bit of what made Father Robinson so special to the Jesuit community.

Fr. Robinson grew up in Tacoma, Washington, with his one sister and three brothers. He attended Bellarmine Prep and graduated in 1950. He subsequently attended Seattle University for two years before heading to the Jesuit Novitiate in Sheridan, Oregon in 1952 for his novitiate training. "I decided to become a Jesuit priest because at the time it seemed like exactly the right thing for me to do," said Fr. Robinson. "I was very struck by my Jesuit teachers in high school and at Seattle University. I thought, 'I can do that.'"

Fr. Robinson first arrived at Jesuit High School in 1959. For six weeks he worked as a student teacher under Mr. Anthony Via, SJ. Fr. Robinson recalls that those weeks spent with Fr. Via earned him a sparkling "B" on his transcript, and that Via adamantly denies ever recording that grade for his student teacher and longtime friend. In the fall of 1959, Robinson was the only history major available to replace Via, so the "B" made no difference!

That inauspicious start led to 39 years in a history classroom. "I always worked very hard at trying to be a good teacher," said Fr. Robinson. "Students don't necessarily remember what I taught them, but they remember me. It was a great learning process for me at the same time."

Fr. Robinson's students attest to his passion for teaching: "He spoke with infectious enthusiasm about the events that have shaped our country. It was a story familiar to him, yet he seemed to create it anew for us," says former student and current Jesuit math teacher John Gorman, PhD. '84. "Though we did not know what we would do with our futures, we hoped to do it with as much heart as Fr. Larry Robinson taught us in history."

When Jesuit underwent coeducation in the fall of 1993, it was business as usual for Fr. Robinson and his brand of teaching. He recalls that one of his female students told her parents that he had a passion for the subject. As the students learned from him, through their questions and observations he was also learning from them.

Fr. Robinson was ordained in June 15, 1965. He spent only a few brief periods away from Jesuit High School during the 50 years he served on campus. From 1962 to 1966 he studied Theology in Toronto followed by being Vice Principal at Bellarmine Prep in Tacoma and then his final year of training, tertianship. He taught American history at Georgetown Prep 1976-77, and European History at Xavier College in Melbourne, Australia for one semester in 1987.

Fr. Robinson wore many hats at Jesuit. In addition to teaching history until 2003, he taught Latin for one year (1968-69), was the Vice Principal for one year (1971-72), was the head golf coach for five years total, assisted with the coaching of football, basketball and baseball as a scholastic, and was the Athletic Director from 1968-76 and for an additional two years in the 1980s.

When the Provincial retired Fr. Robinson from the classroom in 2003, he took on the task of penning the school's first official history. Jesuit was approaching its 50th year as an institution and it was suggested that Fr. Robinson write a book about the school's first half century. After years of research, writing and editorial work, Fr. Robinson's book, "Honoring the Tradition," appeared in 2009. After that, he did occasional work for the alumni and development offices.

Reflecting on his time at Jesuit, Fr. Robinson remarked years ago that "Whatever I have accomplished at Jesuit High over the years, I've always felt that Jesuit has done much more for me."

We invite you to join us for the following services in honor of Fr. Robinson's life– a life of service to the Society of Jesus and a life of passion and commitment to justice, reason, honesty, clear thinking, and hard work.

Fr. JK Adams, S.J. will preside in a livestream funeral Mass for our beloved Fr. Robinson on February 3 at 5:10 pm PST. Please click here to join the Gonzaga livestream.

Fr. Patrick Couture, S.J. will preside and Fr. Kevin Clarke, S.J. will preach during a memorial Mass for Fr. Robinson on February 5 at 11:00 am PST. Fr. Clarke lived at the Jesuit High School Residence for many years and was dear friends with Fr. Robinson. History Teacher Geoff Hunnicutt will also speak. Please click here to join the JCTV livestream.

The Sacred Heart Jesuit Center, where Fr. Robinson spent his retirement, will host a memorial Mass on February 24 at 11:15 am PST. Please click here to join the Sacred Heart livestream.

Eternal rest grant unto him, O Lord,
and let perpetual light shine upon him.
May Larry now rest in peace.
Amen. 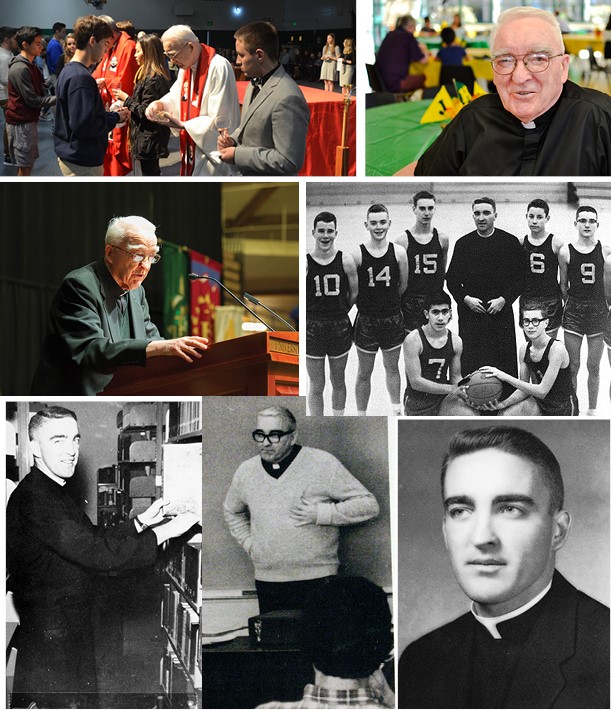