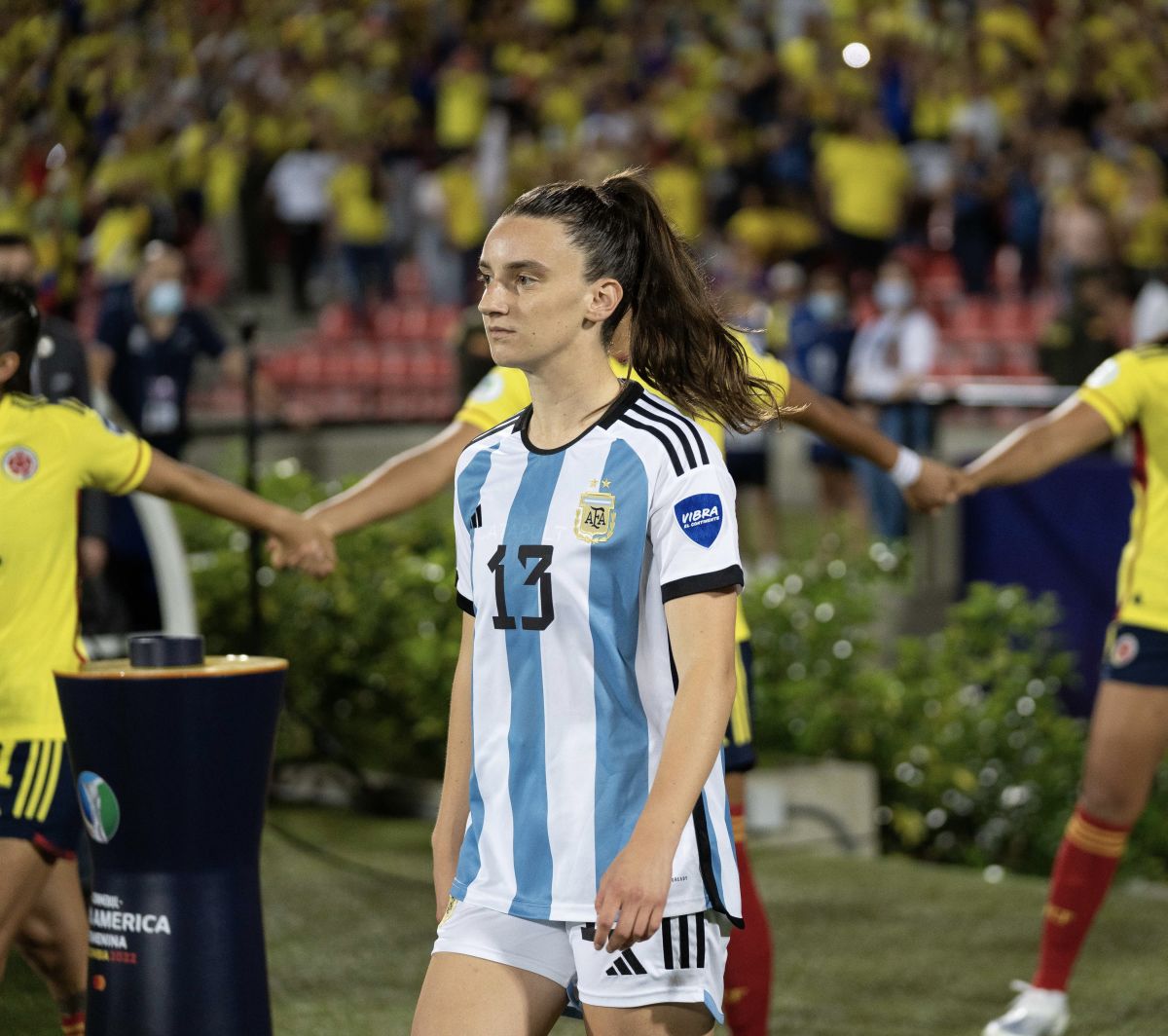 Jesuit High School alum Sophia Braun '18 will be traveling with the rest of the Argentinian National Women's Soccer Team to compete in the 2023 World Cup.

Braun and her team qualified for the Cup during the 2022 Copa America, where they achieved a 3-1 victory in a match against Paraguay on July 29.

"It feels incredible knowing that we are going to the World Cup next summer," Braun said. "The World Cup is the biggest stage for soccer, and it is an absolute dream come true to know that I could be there so soon."

Before graduating from Jesuit in 2018, Braun played on the school's women's soccer team under the leadership of coaches Steve Fennah and Darren Chilton. She described her time at Jesuit as instrumental to her athletic success.

"I definitely think I would not be where I am today without my experience on and off the field at Jesuit," Braun said. "As for my soccer experience, playing at Jesuit helped shape me into the player I am today."

Braun reflected on some of her best memories, playing soccer at Jesuit and winning state championships with her teammates in 2015 and 2017. She credits her coaches for helping her to grow and eventually make her way to Gonzaga University.

"Sophia was a talented central midfield player at Jesuit," Coach Fennah said. "She scored many important goals, but most importantly, was a great leader and caring team-member. She was always very driven to improve, and it is no surprise that she is having success with Argentina!"

Since graduating from Jesuit, Braun has been playing soccer at Gonzaga University as well as on the Argentinian National Team.

Sophia's mother is from Argentina, and Sophia herself is a dual citizen in Argentina and the US. She was originally connected to the Argentinian team her freshman year at Gonzaga, when she sent a highlight video to the coach who then invited her to attend a U-20 national team camp. From there, she played her first tournament with the U-20 team, eventually moving on to play with the full national team in 2021.

Braun and her teammates will travel to Australia and New Zealand next summer for the World Cup, which will take place from July 20 to Aug. 20, 2023.

"I have watched my idols play in the World Cup ever since I was little, and I started playing soccer never even imagining that I could get there one day," Braun said. "I don't think there are words to describe how excited I am. It truly is a dream come true."